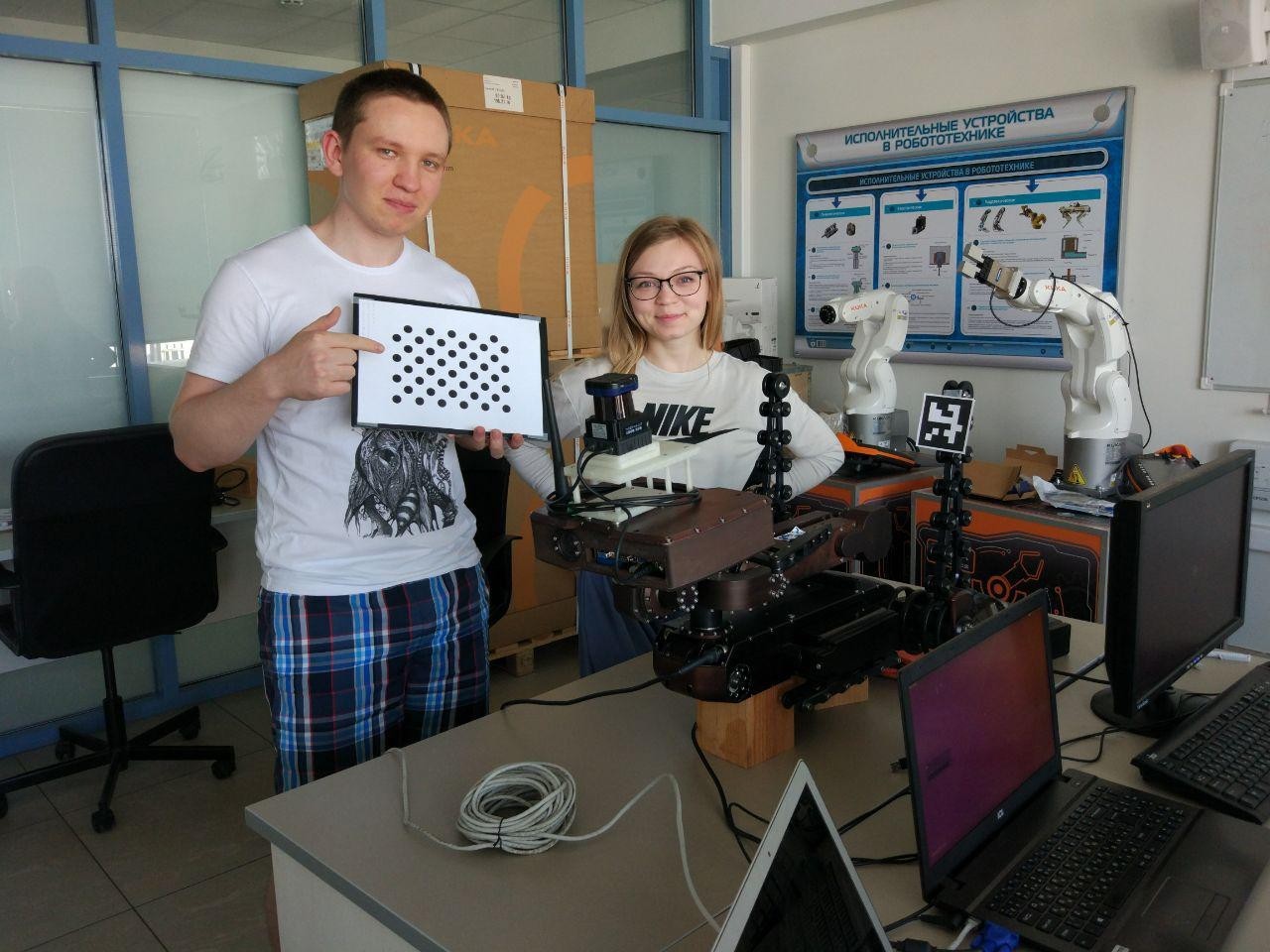 The Laboratory of intelligent robotic systems (LIRS) won the support from the Russian Foundation for Basic Research (RFBR) for the implementation of a joint international project with the Indian Institute of Technology on the topic "Autonomous calibration of onboard cameras of a robotic system using fiducial markers located on the robot body" (project number: 18-58-45017) under the guidance of professor Evgeni Magid.

The reliability and fault tolerance of complex robotic systems (RS) are directly related to the reliable operation of on-board RS’ sensors, which require periodic calibration as part of standard maintenance. Calibration of measuring devices is the establishment of relationship between the readings of the device and size of the measured input value.

Currently, cameras are the most common optical sensor used in robotics. The RS camera calibration procedure is performed by service engineers in the laboratory using the classic "chessboard" method. However, as a result of RS operation, especially when working in poor conditions, these parameters change over time, for example, under the influence of mechanical forces or chemical reactions. Such changes make it necessary to re-diagnose the technical condition of the RS and re-calibrate the cameras, which is difficult in the field environment. In addition to the classic "chessboard" method, other less traditional methods of calibration using coordinate labels, such as AprilTag, have recently become more popular for performing such calibration.

The supported project is aimed at developing a system for evaluating the selection of the optimal coordinate mark for calibration of mobile RS cameras and calculating the optimal location of the mark on the surface of the RS for further autonomous calibration. Thereby, RS that are used in poor conditions will be able to independently adjust the parameters of on-board optical sensors, which will increase the accuracy of image analysis and recognition, which in turn is critical not only for the accuracy of manipulations and movements, but also for the reliability and fault tolerance of the RS as a whole.

Ksenia Shabalina, LIRS’ junior research associate and key project performer: “Our work in the new two-year project is to adapt alternative calibration methods using coordinate tags for autonomous robot calibration in the field. Tags will be placed on the surface of the robot's structural components, and the calibration procedure itself will be automated. This will eliminate the negative impact of the human factor during the standard calibration procedure, which activates in manual mode, and the need for external equipment”.

These studies will be a logical continuation of the one-year project "Research and development methods for autonomous calibration and analysis of the position of limbs of a humanoid robot based on the image obtained from a single camera", which was successfully completed by the LIRS team in 2017 with the financial support of the (RFBR) and the Government of the Republic of Tatarstan (project number: 17-48-160879).