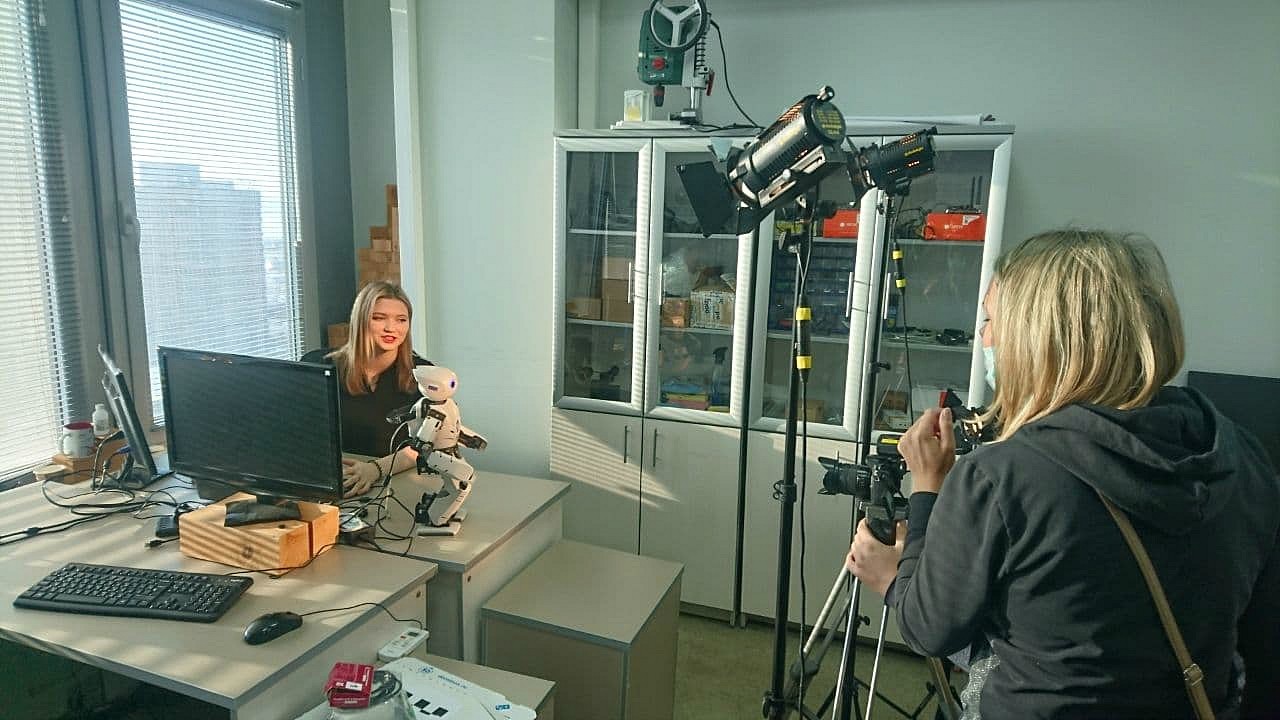 On November 16, 2020 a video shooting for the TV project "MASTERS" took place at the Laboratory of intelligent robotic systems (LIRS) of Institute of Information Technology and Intelligent Systems (ITIS). "MASTERS" is a series of programs on the TV channel "Russia-1"(STRBC "Tatarstan") about the professions of the future, modern technologies, digitalization and IT-sphere.

Professor Evgeni Magid, a Head of the LIRS, told the project about the laboratory, the master's program "Intelligent robotics" launched in 2017 in KFU. Professor also spoke about working with students and projects implemented at LIRS. Arina Kotik, an employee of LIRS and a 4-year bachelor's degree student of ITIS, shared about the DARwIn Robotis OP-2 robot, described its functionality and application in LIRS research projects. Artur Khazetdinov, a research assistant and a 2-year student of the master's degree “Intelligent robotics”, demonstrated the PMB-2 service robot. A senior lecturer Roman Lavrenov showed the film crew KUKA industrial robots and told about the course "Industrial robotics", which he teaches to master's students. Assistant and postgraduate student Ramil Safin demonstrated the robot "Engineer" of the Russian company Servosila and spoke in detail about the role of search and rescue robotics.