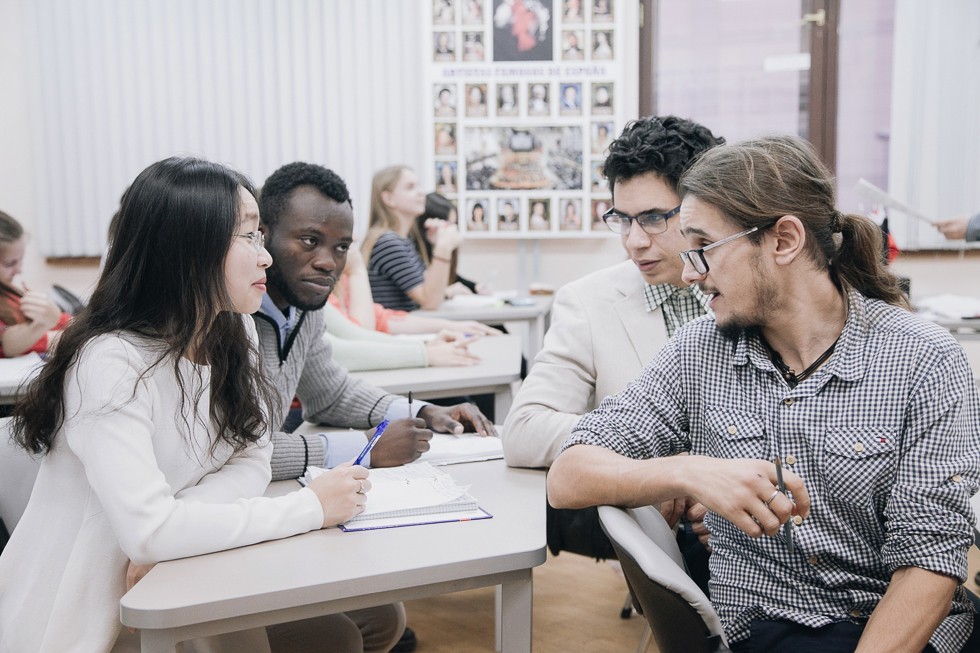 The concept of development.

The cultural-civilization environment today is becoming one of the key concepts of modern society, is a complex and multi-level system, within which the solution of problems can only be complex, taking into account many related factors that unite the efforts of state, educational, public institutions and the business community.

The Foreign Policy Concept of the Russian Federation (approved by the Decree of the President of the Russian Federation by V. Putin on November 30, 2016) in the section “International humanitarian cooperation and human rights” among the main tasks indicated the need to develop, including using the resource of public diplomacy, international cultural and humanitarian cooperation as a means of fostering inter-civilizational dialogue, reaching agreement and ensuring mutual understanding between nations, paying particular attention to inter-religious dialogue;

In 2005, the Alliance of Civilizations Forum was created within the UN to strengthen mutual understanding and cooperative relations between countries and peoples of different cultures and religions. The desire for dialogue among civilizations, cultures and peoples lies at the heart of the mandate of UNESCO and is enshrined in the Charter of the organization. The development of dialogue for peace, the strengthening of the idea of ​​peace "in the minds of people" is the cornerstone of the UNESCO mission. Key areas and principles of international cooperation in this field are enshrined in the UNESCO Universal Declaration on Cultural Diversity (2001) and the Convention on the Protection and Promotion of the Diversity of Cultural Expressions (2005); UN Resolutions “Culture and Sustainable Development” (2013).

The Center for Intercultural Dialogue (hereinafter the Center) is a humanitarian project of the Institute of International Relations of the KFU with the aim of creating a permanent platform for a wide dialogue between representatives of state and local government bodies, political, scientific, educational, cultural, religious and other non-governmental organizations, business circles, students, youth, etc .. Particular attention is paid to the topical issues of the cultural and civilizational inter-religious di log.

To expand the format of activities, the creation of the Expert Council of the Center with the participation of representatives of parliamentary, state, municipal bodies, as well as experts in the field of culture, politics, education and religions and Dialogue Partners, including Russian and foreign educational and public organizations, is proposed.

The main organizational forms of the Center's work are: holding forums, conferences, meetings, round tables, discussions, briefings, thematic seminars, presentations, exhibitions, creative meetings, other scientific, educational, educational and cultural events. To highlight the activities of the Center, it is planned to create a multilingual Internet portal.

For foreign events, interaction with foreign missions of the Republic of Tatarstan, Russian overseas agencies of the Russian Foreign Ministry, Rossotrudnichestvo (Humanitarian Cooperation and Development of Public Diplomacy) and other authorized organizations is expected. Russian World Foundation and others.