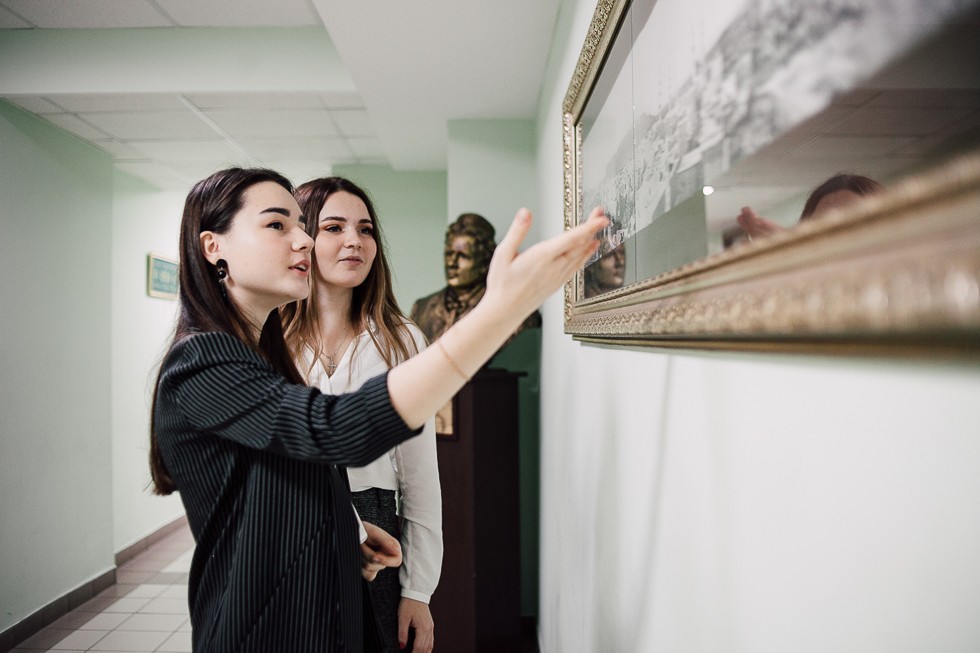 The main scientific area of REC activity is research in the field of the world cultural heritage in the interests of solving the problems of education, science, economics, administration and security in the territory of the Republic of Tatarstan and the Russian Federation.
The REC's activities are aimed at the following tasks:
in education:
- assistance in the training of students in the areas implemented by IIRHOS and KFU;
- assistance in upgrading the skills of scientific and pedagogical staff;
- introduction of the results obtained in the educational process in the areas of student training;
- strengthening the influence of science on the solution of educational and educational problems, preserving and strengthening the basic, determining character of science for the development of higher education.
in the field of scientific research:
- development of scientific research in the structural unit;
- establishment of scientific contacts and cooperation with scientific and educational institutions in Russia, near and far abroad;
- performance of research work on the programs of the Ministry of Education and Science of the Russian Federation and other scientific programs of the Russian Federation, regional and international scientific programs.

in the innovation-production and technological activities:

- practical approbation and implementation of the results obtained in the practice of enterprises, organizations and institutions of various forms of ownership and areas of activity;
- creation of mechanisms and incentives for increasing the share of funds received from fundamental and applied research on the profile of IIRHOS and KFU, for the promotion of priority areas for the development of KFU;
- implementation of applied research to ensure the solution of social, economic, political and humanitarian problems at the federal and regional levels, and the organization of social order and promotion for them;
- creation and development of mechanisms for international validation of the results of scientific research of IIRHOS and KFU and its integration into the international scientific and educational space for strengthening the university's position in international ratings.