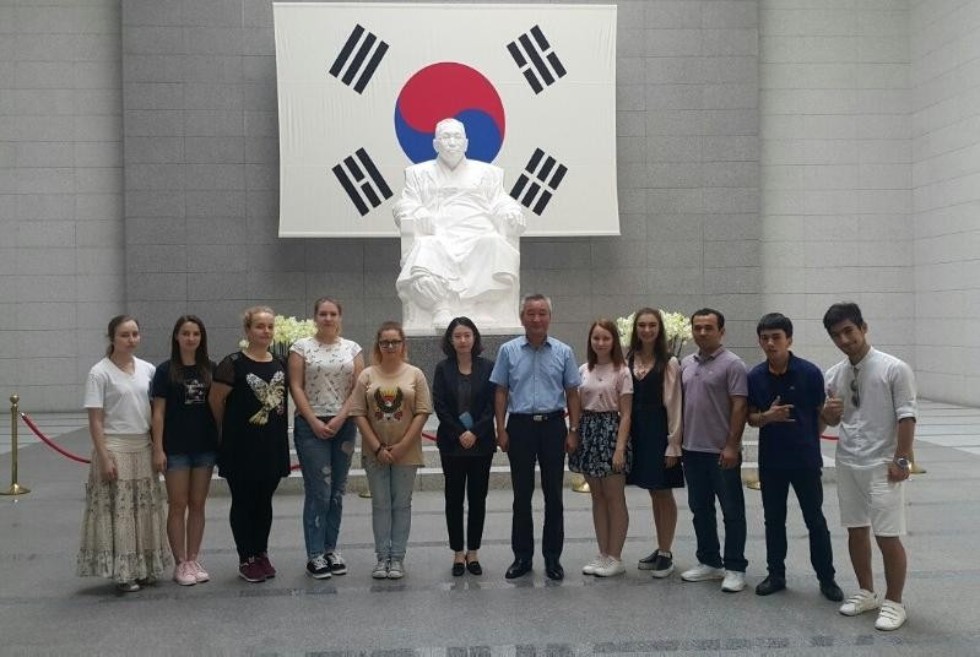 Head: the professor of the Department of Altaic and Chinese studies, Ko Young Cheol.

S.S.Takhtarova - a permanent staff member of the research centre;

R.R. Mukhametzyanov - a member of the research centre;

A.R. Alikberova -  a permanent staff member of the research centre;

D.E. Martynov - a permanent staff member of the research centre;

M.Z. Gibadullin - a permanent staff member of the research centre;

Park Jong Min - a permanent member of the research centre;

L.R. Mavlyautdinova is a laboratory assistant;

and teachers of the Korean language of IIRHOS.

REC Korean Studies Сentre of the Institute of International Relations, History and Oriental Studies was founded in September 2007. The history of the Center started on the date of signature of the cooperation agreement between Kazan State University and Korean Foundation, a Korean organization that promotes the development of Korean studies in other countries. The former centre of Korean studies ceased to exist and the new REC Korean Studies Сentre opened on September 1, 2016.

June 2016 saw the launch of a joint project of Korean research under the authority of Professor (research supervisor) Ko Yong Chol and other 10 scientists from Kazan Federal University. The amount allocated for the research is 180,000,000 won, which is almost 10 million rubles. The research topics concern not only the sphere of Korean culture but also the history, literature, economy, society and international relations of South Korea. This project is supported by the Academy of Korean Studies (Korea).

The project is funded by the grant, of which a monthly salary is paid to the researchers (8 persons) and laboratory assistants in the newly opened centre (3 persons), and a scholarship was founded for 4 students assisting in the work of the centre. The estimated cost of the research project includes the expenses for research activitis and purchase of educational materials.

The scientists from Korea take part in the project that makes the project international. The project supposes holding seminars and conferences, publishing articles and other work. All this is aimed at developing KFU and improving the conditions for students studying "Korea Studies".

This project covers such areas of research as:

Developing a curriculum for bachelor's and master's degree programs.

The work of Korean studies group to bring up a new generation of young students of Korean local lore.

To date, the agreement of intent has been signed between the KFU and the universities of the Republic of Korea (Kukmin University (Seoul), Pusan National University, Kim Chong University, Sangamon University, Shinhan University and Joseon University). And the REC Korean Studies Сentre cooperates with such companies as Hyundai Motor, Samsung Electronics, LG, the National Tourism Organization of Korea, KOREA EXCEND BANK RUS LLC, SK lubricants, NAVIEN RUS LLC, Orion and others.