STEAM in training for the digital economy 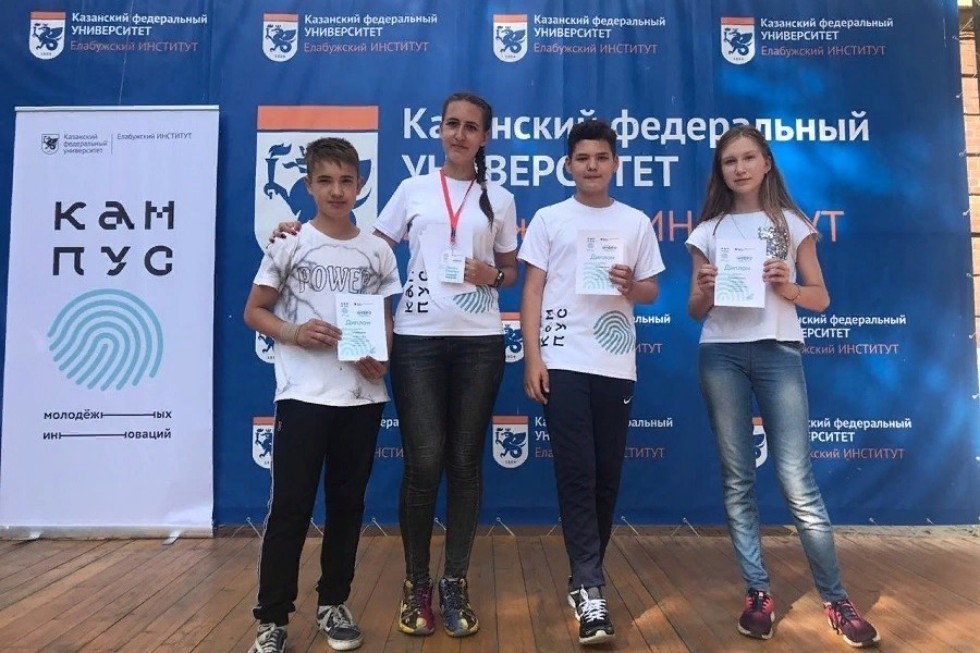 Scientists of the Elabuga Institute of KFU told how STEM and STEAM education are implemented in the master's programs of the University.

With the support of the Russian Foundation for basic research, the Elabuga Institute of KFU conducted a study of the problems of training highly qualified personnel in the digitalization of the economy and education. The authors of the scientific project were candidates of pedagogical sciences, associate professors of the University Tatyana Anisimova, Tatyana Bochkareva, Olga Shatunova. The teachers shared the main results of their work, which they published in the journal "Modern scientist" (no.2, 2020).

At the moment, digitalization, along with globalization, urbanization, demographic changes and climate change, is one of the megatrends shaping the modern world. According to the authors, STEM and STEAM education (science, technology, engineering, art and mathematics – natural sciences, technology, engineering, art, mathematics) are becoming priority areas against the background of digitalization of all spheres of the country.

According to international research, today only a third of University students study using e-learning or distance learning technologies. The use of technology, even in the form of mixed learning, in addition to the appropriate it infrastructure, requires appropriate training for teachers and students.

Scientists objectively note that in the total digitalization of education, there may be negative aspects (loss of verbal communication skills, computer and smartphone addiction, electromagnetic radiation, minimization of movement), which can lead to a drop in the level of education and a partial loss of spiritual values of society. According to the authors, it is the "art" component of STEAM education that is designed to reduce the impact of these negative consequences.

Let's clarify that the term "art" itself is still a discussion point. Some researchers claim that it should be understood as the elements of humanitarian education, others interpret it as a creative component of education, there is an opinion that it is a creative project activity. In this logic, all the components of STEM in STEAM technology can be positioned as scientific creativity and engineering art, according to the authors of the project.

Describing the experience of the Yelabuga Institute of Kazan Federal University in using the concept of STEM and STEAM education, teachers focus on the preparation of masters for further participation in the implementation of the national project "Personnel for the digital economy". At the Institute, such areas are master's programs " Pedagogical education "in the profiles" Educational robotics"," Digital education"," Engineering pedagogy", which fully implement the direction of STEAM. For these profiles, the Institute independently developed professional competencies, which is provided by the Federal state standard for master's degree training.

After mastering the module "Digital literacy", the graduate knows the current trends in the digitalization of education, has mastered the basic laws of information processes in a digital society, components of digital literacy, methods and means of searching, systematization and processing of digital information in an educational organization.

There are other important modules, including "e-learning and mobile learning Technologies". The latter is aimed at developing knowledge about the role and functions of mobile e-education in the context of digitalization, the ability to create audio-visual and interactive electronic environments and correlate them with methods, forms, stages and technologies of learning. And also-on the ability to build individual educational trajectories of students with the use of mobile learning elements, the development of skills in the use of modern methods of developing and using multimedia environments.

Within the framework of the Federal project "Personnel for the digital economy", 206 organizations receive grant support for the organization of advanced study of mathematics and computer science. One of these grants within the framework of the event "conducting thematic shifts in seasonal camps for schoolchildren in advanced areas of discrete mathematics, computer science, and digital technologies" was won by Kazan Federal University. Undergraduates of the Yelabuga Institute in the process of participating in this project received a unique opportunity to form appropriate professional competencies for working in a digital school and consolidate their skills.

Researchers of the Yelabuga Institute summarize that the participation of Russian universities in the implementation of the national project "Personnel for the digital economy" allows to increase the level of digital literacy among future teachers, as well as to form the necessary digital competencies for schoolchildren, provided that higher and secondary educational institutions effectively interact in the field of STEAM education.

Recall that the Yelabuga Institute of KFU continues to accept applicants, including for the most popular master's degree profiles.

Source of information: press service of the Elabuga Institute of KFU