Days of symbols will be held with the hashtag #IampatriotofKFU 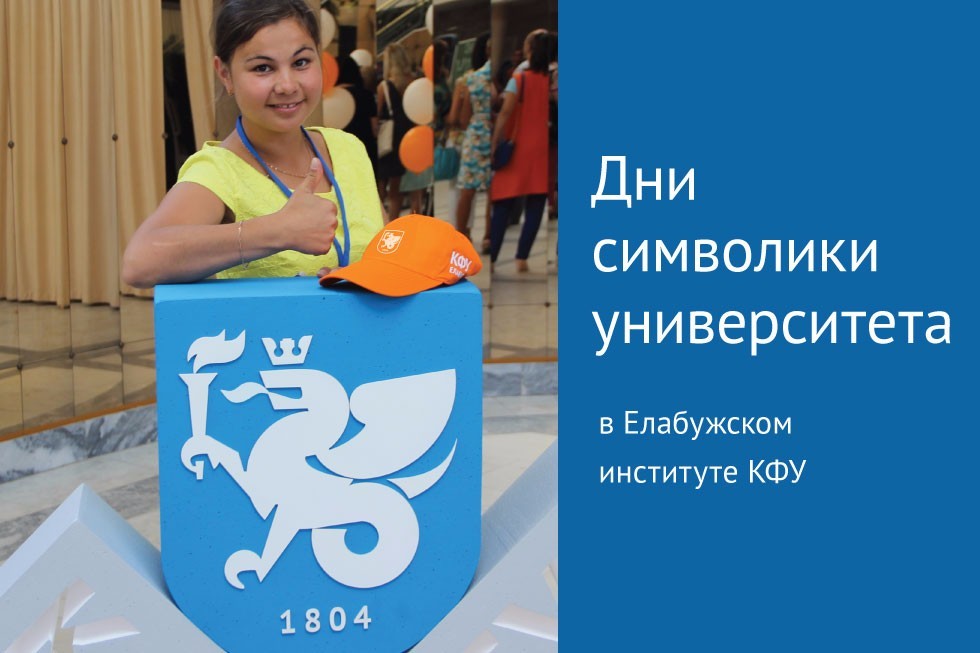 Hundreds of students will participate in flash mobs, quests, competitions, master classes revealing the significance of the symbolism of Elabuga Institute of KFU.

In March and April, each student will be able to find out everything about KFU’s brand but also become the participant of the information boom.

Already on March 26, social networks began placing infographic which simply and clearly tells about the meaning of different elements of the logo. All pieces of the mosaic will be collected in the final version on the site of Elabuga Institute of KFU on 23 March.

The most large-scale will be video flash mob # IampatriotofKFU scheduled since 11 April. Within a week, the faculties of the institute will present themselves with KFU symbols in the video clips.

School of Legal Education of the Law Faculty will hold four media classes "Link of Times: the History of the Arms of Kazan and the Symbol of Kazan Federal University" for students and cadets of the Suvorov Military School.

The logo Elabuga Institute of KFU will not be only shown for the little students of Children's University but also they will be offered to make it by own hands.

The organizers prepared a thematic quest "Follow me" in the framework of the project "School after classes» for the orphanage children. Larger interfaculty quest "Follow me" will involve students of the Institute.

History lovers are planning to choose the symbols of their Union at the meeting of the Historical society.

In the end of Days of Symbols the results of competition will be summed up. The authors of the best creative works – poetry, culinary dishes etc. - will be honored on April 23 on Open House.