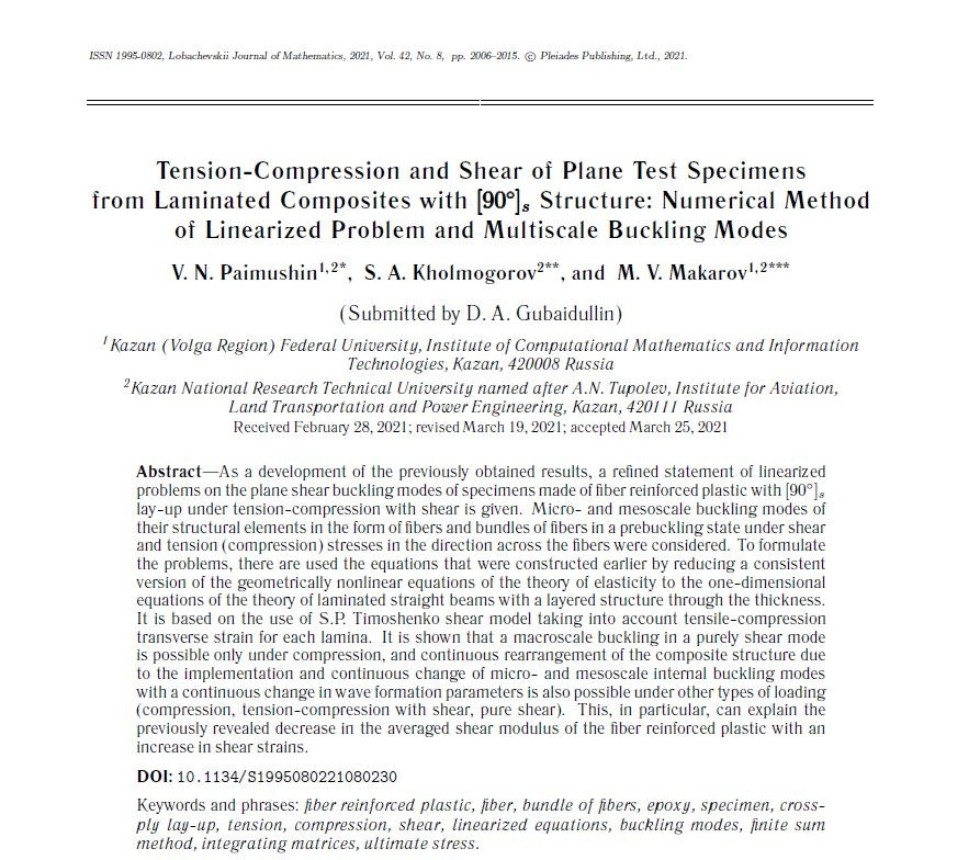 As a development of the previously obtained results, a refined statement of linearized problems on the plane shear buckling modes of specimens made of fiber reinforced plastic with [90°]s lay-up under tension-compression with shear is given. Micro- and mesoscale buckling modes of their structural elements in the form of fibers and bundles of fibers in a prebuckling state under shear and tension (compression) stresses in the direction across the fibers were considered. To formulate the problems, there are used the equations that were constructed earlier by reducing a consistent version of the geometrically nonlinear equations of the theory of elasticity to the one-dimensional equations of the theory of laminated straight beams with a layered structure through the thickness. It is based on the use of S.P. Timoshenko shear model taking into account tensile-compression transverse strain for each lamina. It is shown that a macroscale buckling in a purely shear mode is possible only under compression, and continuous rearrangement of the composite structure due to the implementation and continuous change of micro- and mesoscale internal buckling modes with a continuous change in wave formation parameters is also possible under other types of loading (compression, tension-compression with shear, pure shear). This, in particular, can explain the previously revealed decrease in the averaged shear modulus of the fiber reinforced plastic with an increase in shear strains.