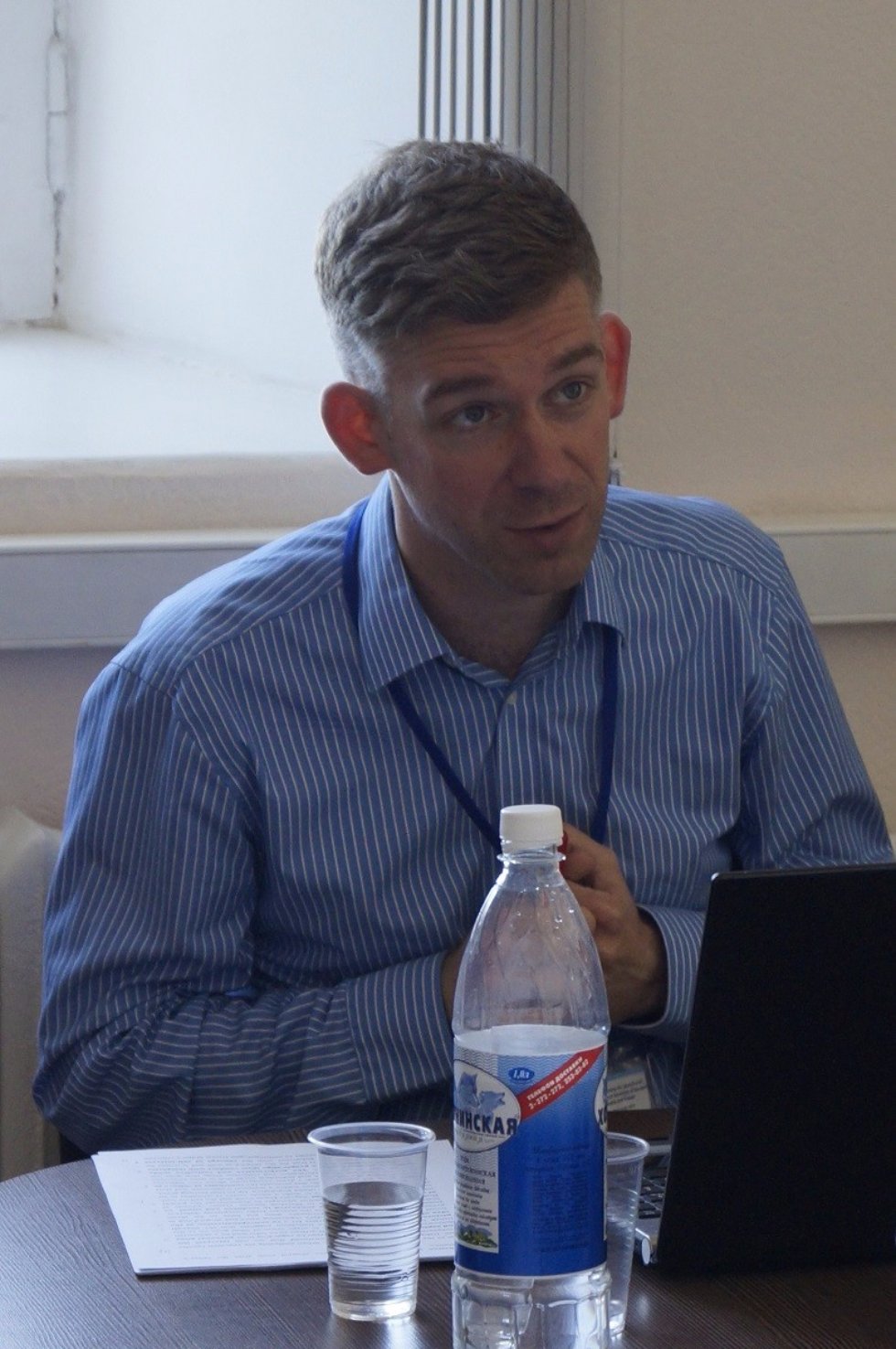 After spending three weeks in Kazan, the capital of the Republic of Tatarstan, I better understand the fact that the place is named after a pot, or qazan in Tatar language. Only a few days after my arrival there, it became intensely hot and stayed so for most of the time. I came to Kazan with three intentions, about which I want to write briefly: Attend a workshop on borders and boundaries, do some preliminary fieldwork for a new research project, take Tatar language classes. Eventually I managed to visit the Center for Cultural Studies of Postsocialism at Kazan Federal University, a partner institution of my workplace – the Centre for Comparative History and Political Studies at Perm State University. The occasion was a workshop about the cultural semiotics of borders, with scholars from diverse disciplines (cultural studies, political science, theology, literature, anthropology) attending. Discussing dividing lines in a material and immaterial sense, between nation-states, people of different ethnicity and social status from such diverse positions was a truly beautiful experience. I then set out to learn more about Tatar-Muslim religious practices in the region. First, it was important for me to get a better impression of the urban space, so I would walk down the main roads and enter buildings of cultural significance that are open to the public. What fascinated me was the presence of the Tatar language in everyday life (signs, street names and announcements on the bus). I was also intrigued by the mix of European bourgeois culture on the one hand and Muslim culture on the other that is visible in the infrastructure and architecture. To be fair, one must take into consideration some less attractive—but nonetheless existent—expressions of nouveau riche culture as well. Several experts were kind enough to direct my attention to the great diversity and the transformations of Islam in Tatarstan today. As an anthropologist, it is not easy for me to escape the appeal of a so-called “traditional Islam”, but it seems necessary to differentiate between normative and lived religion. To what extent, for example, is it possible to observe normativity and “authenticity” (a misleading term) in shamail craftsmanship, a specifically Tatar form of calligraphy (http://www.mardjani.ru/en/node/147), that was discussed at an event at the Russian Islamic University? And how traditional or modified is the ritual of that unusual Muslim community whose service I attended? I further asked myself if visiting Bolghar, a place that is claimed to be the historical capital of the Tatar nation, for religious purposes is an established tradition or a rather new development. When it comes to the representation of Tatar identity in its different aspects, there is just no way around paying closer attention to Bolghar. Finally, I also took my first Tatar language classes and was glad to discover that the grammar is closer to Uzbek than Turkish, which is of serious advantage for someone who previously conducted research in Uzbekistan, using the native language of the people. To “tatarise” one’s Uzbek language one must naturally exchange some words for others and keep in mind that certain Uzbek terms have a slightly different meaning in Tatar. Now there should be enough time to improve my Tatar language skills before going into the field again; this time to look into Tatar Islam in the south of Perm region and beyond the Urals.