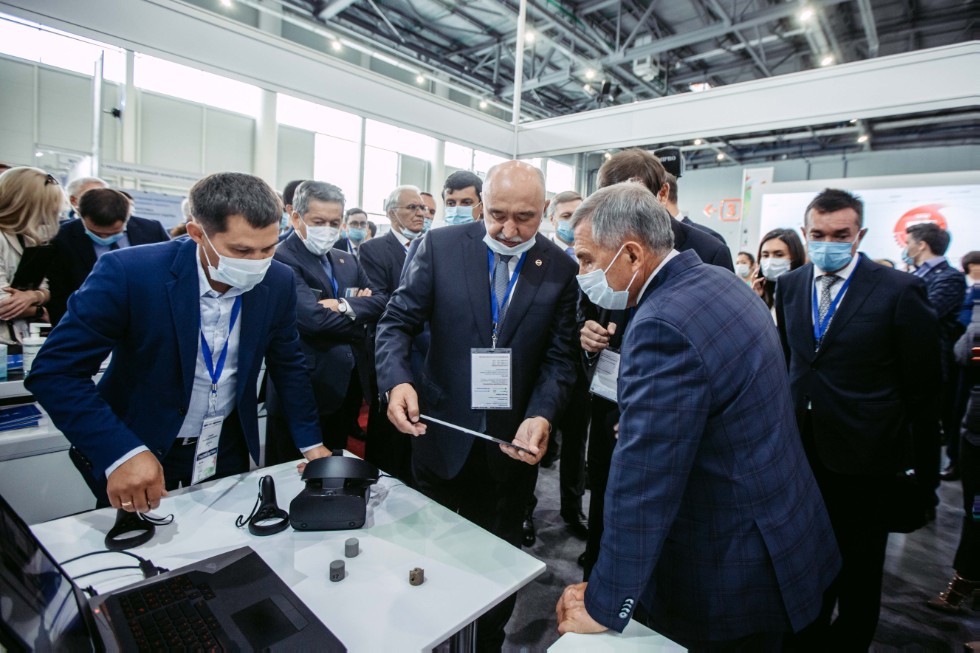 The event opened at Kazan Expo on 2nd September 2020.

Petroleum industry is one of the pillars of the economy of Tatarstan. The province has traditionally been one of the major oil producers since the 1940s. Naturally, Kazan Federal University also lists this as one of its priorities. Just recently, KFU and its co-applicants won a major multi-year grant to organize a world-level research center in liquid hydrocarbons.

President of Tatarstan Rustam Minnikhanov opened the forum and toured the industrial expo. Over 100 companies from 7 countries have joined the event, 60 of them from Tatarstan.

Kazan University chose to present microbiological methods of oil extraction enhancement and digital products for the oil industry. Rector Ilshat Gafurov made comments about the research. The President was also shown a combustion tube and an AR software tool for drill sample visualization.

Later, a conference on new paradigms in oil and gas geology was conducted. Vice-Rector for Research of KFU Danis Nurgaliev contributed to the plenary session with his report on extraction techniques for old petroleum deposits.