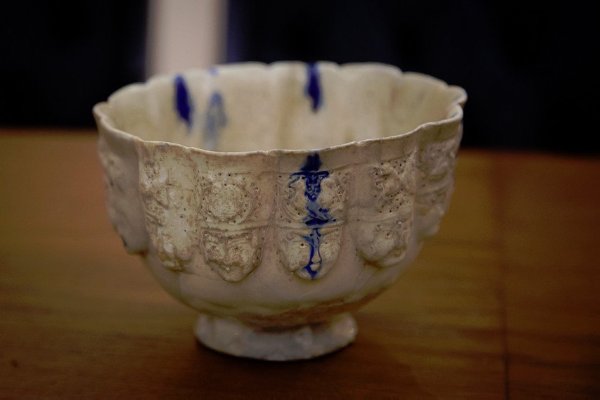 Archaeological museum of the Kazan State University is one of the largest and oldest museums of such kind. Organisation of the museum began in the 1810 from purchase of coins and ancient finds. In the first half of the ’1’th century activity of the numismatic and of antiquities societies laid in the basis of the museum. Already to the middle of the XIXth century museum had one of the largest numismatic collections in Europe. In the 1860's this societies were united in the museum of antiquities, graceful arts and numismatics. In the 1878 museum of a Society of archaeology, history and ethnography was created on the basis of the exhibition of the 4th All Russia Archaeological Meeting. Both museums existed till 1929, when the exhibitions were turned, and the large part of finds was transferred in the state museum of regional ethnography.

In 1978 an opportunity of recreation of the Kazan State University archaeological museum on the basis of archaeological room appeared. An exposition of the museum (the authors A.H.Khalikov and S.I.Valiulina) total has 4 thousand exhibits and reflects a history and archaeology of the Volga-Kama basin.

The largest collections of the museum are instruments of a stone age, collections of Ananino culture wares from the, medieval monuments of the Volga and Ural regions. Museum possesses a number of unique materials such as materials of the Turaevo cemetery with the burial mounds of the Vth century A.D., Bolshe-Tigansky cemetery of the ancient madiars, Bolshe-Tarhansky cemetery of the early bolgars, collections from Siberia, Middle Asia, Northern Caucases, and also archaeological materials from Switzerland, Ancient Greek and Roman colones.

In the museum there are more than hundred objects of the "Golden fund". In creation of the museums funds H.M.Fraehn, K.F.Fuks, F.I.Erdmann, A.A.Shtukenberg, N.F.Visotsky, M.G.Khudyakov, N.F.Katanov, N.F.Kalinin, A.H.Khalikov have participated. The museums funds are studied by the scientists of Russia, Finland, Hungary, Japan, Turkey, Ukraine,...