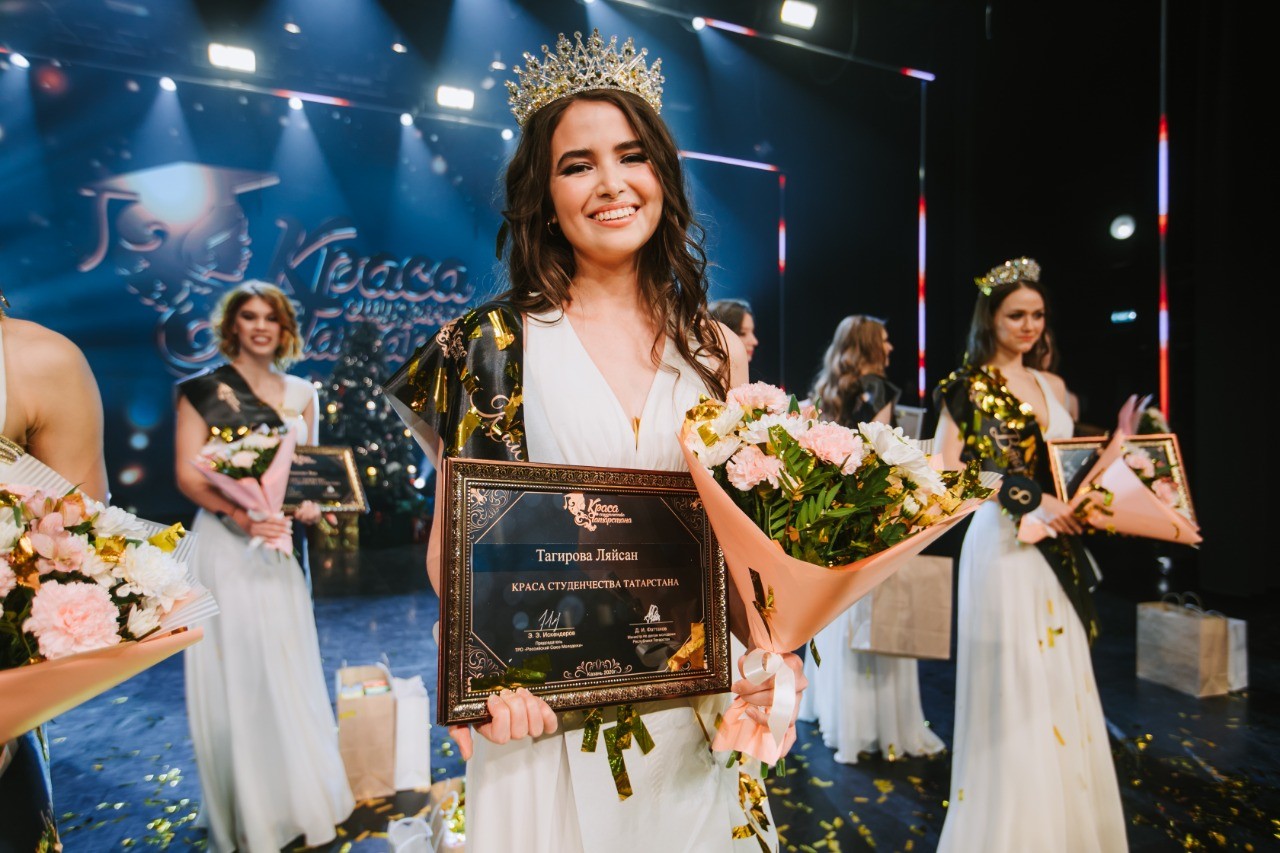 The results of the talent pageant were announced on 14 December.

The pageant is co-organized by Russian Youth Union and Ministry of Youth Affairs of Tatarstan.

Over 200 young women applied for the contest, and 10 of them made it to finals. In the end, Lyaisan Tagirova was triumphant.

The winner commented, “My rehearsals took place in a very calm atmosphere. Of course, this is mostly to the merit of organizers. I had to juggle my job, studies, and rehearsals at the same time. The world is so volatile right now that you don’t know whether your plans can be fulfilled. The next step for me now is Miss Student of the Year in Russia.”

Another KFU student, Ramilya Galyautdinova, was awarded as Miss Originality.

Keywords: Miss Student of the Year