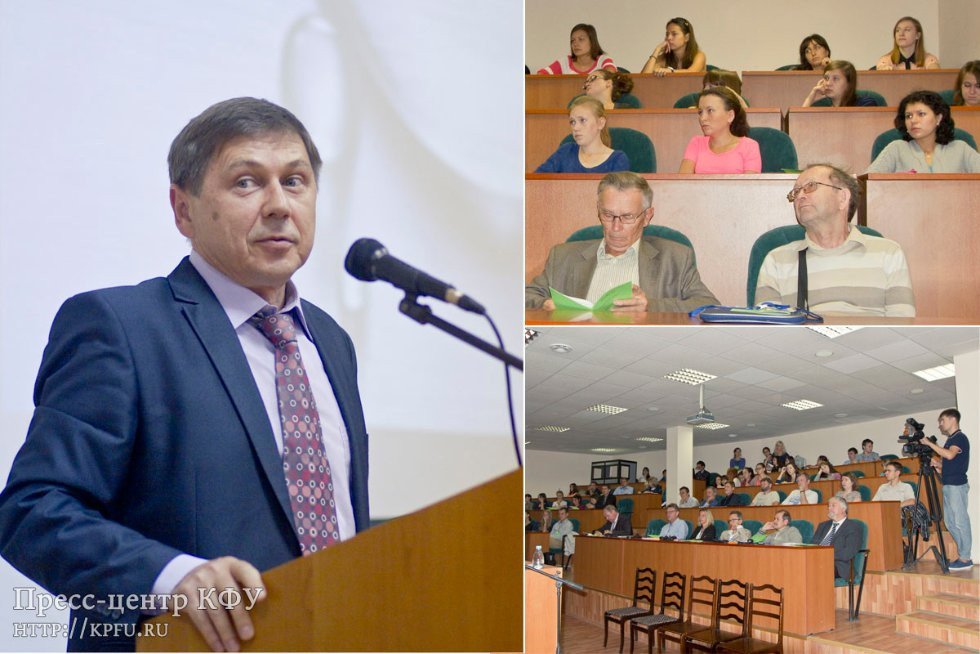 On September,5 international scientific meeting “From neuron to brain” began in Kazan Federal University. It coincids with the opening of unique for Russia and one of the best in the world research neurobiological lab.

Director of the Institute of Fundamental Medicine and Biology, Andrey Kiyasov, reminded that Kazan neurophysiological school was founded in 1860-s in the walls of Kazan Imperial University due to Professor Philipp Ovsyannikov who came here.

Scientific program of the event was opened by Professor Rusten Khazipov who made a report on Physiology of developing brain.

This conference will last for two days. Along with Kazan scholars, scientists from Moscow, France and Finland will speak about Neurophysiology and state-of-the-art research in Neuroscience. Representatives of INSERM (French Academy of Medical Sciences) also attend this event. It is expected that KFU will expand scientific cooperation in various spheres with INSERM.﻿