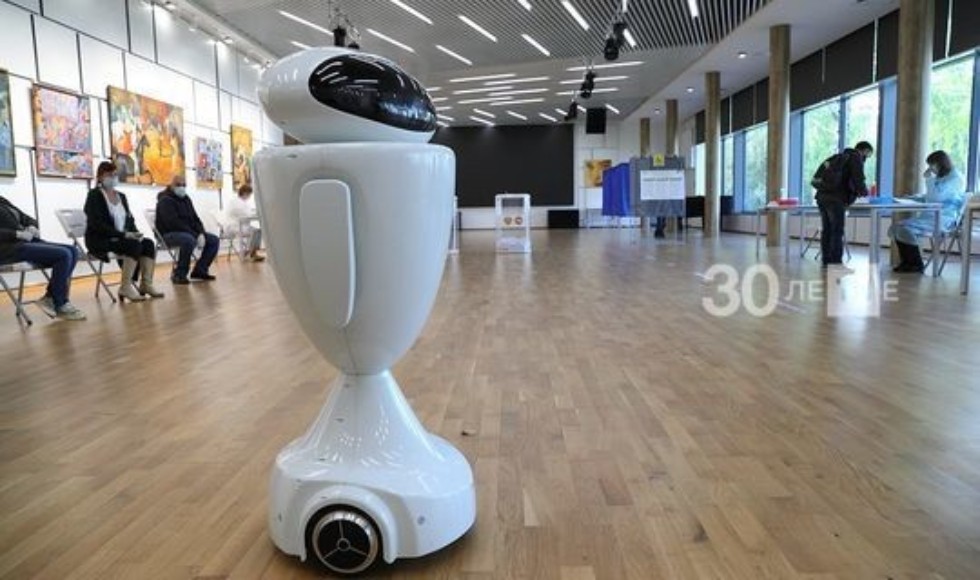 The teaching bot was eager to cast her vote.

Brining along all her documentation, EVA approached poll officials and said that she wanted to vote. She also informed that she was three years old and was rejected because she was not of legal age.

“A pity! I’ll come when I grow up, then. The law is above everything,” EVA lamented.

The android acts as an assistant teacher at KFU’s IT Lyceum. She is 85 cm tall and can help teachers in mathematics, physics, IT and chemistry classes in middle school, mostly by looking for cheaters and unusual activity. EVA is wheel-based and can speed up to 5 kilometers per hour.

Chairwoman of the poll station Liudmila Kukueva noted, “We were very interested to see how EVA would approach the voting process. Independent election observers were also very surprised. However, EVA was not admitted to the voting because she was underage.”

Gubernatorial and municipal elections took place in Tatarstan on 11th – 13th September 2020. According to the latest calculations, the incumbent President of Tatarstan, Rustam Minnikhanov, is victorious with about 85% of the votes. The final results will be announced later in the week.