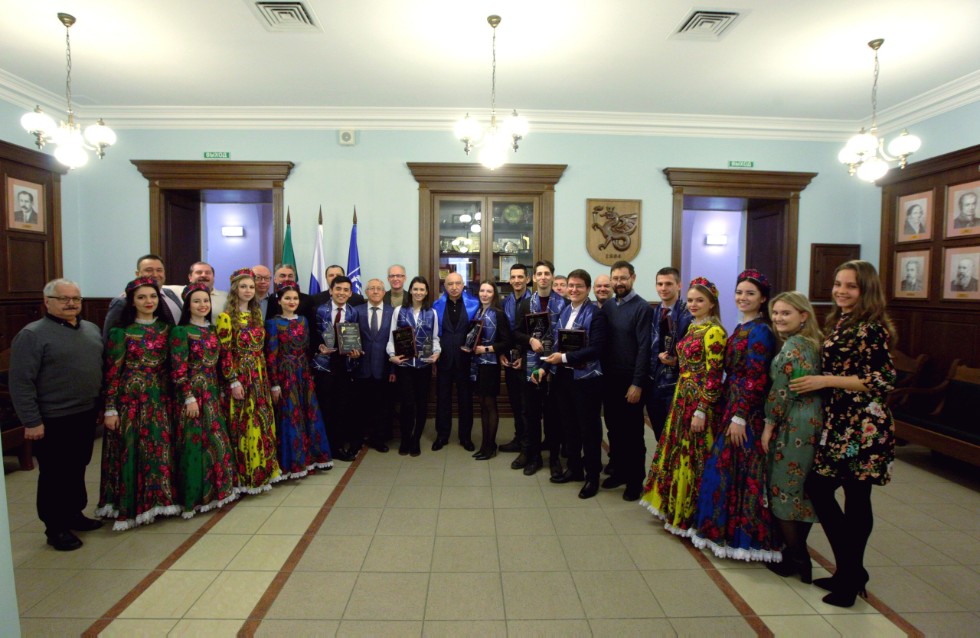 A meeting took place during a traditional executive morning briefing on 29th January.

Today, Rector Gafurov said, “First of all, I want to say to all of you, thank you very much! On the day of the ceremony, I thanked everyone who took part in this work, because every victory is the result of bilateral efforts – of those who won and those who taught and trained them.”

Kamoliddin Bobokhonov, Student of the Year in Tatarstan in 2019 (and the first non-Russian national to do so), replied, “We want to share our emotions with you personally. Here we have winners of the awards, students of our alma mater who became the best in various nominations. We are grateful to you for your multifaceted support because every victory has a share of your contribution.”

Words of gratitude were also spoken by Grigory Ulybin (Head of the Student Dorm Council of the Year), Yekaterina Loskova (Athlete of the Year), Almaz Sakhabiev (Student Society of the Year), and Timur Khabibullin (Class President of the Year).

The ceremony concluded with an acapella performance by one of KFU’s vocal teams.

Keywords: Student of the Yeaar