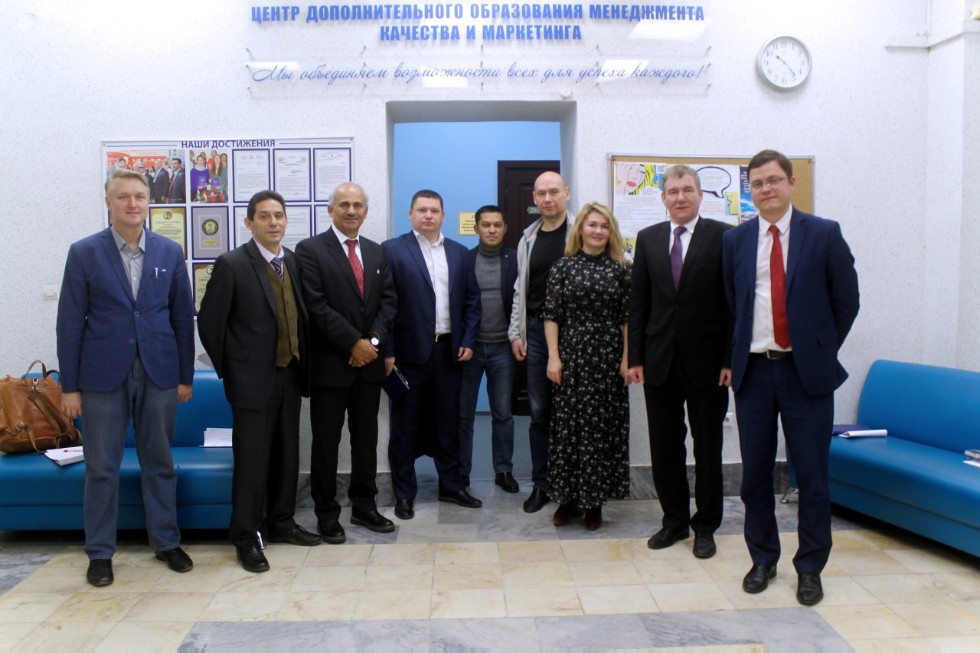 A delegation arrived to Kazan Federal University on 22nd November.

The meeting started with an opinion exchange. Academics from both sides presented their current work and discussed its implementation.

Director of the Institute of Drilling and Fluid Mining of FMA Moh’d Amro noted, “In Germany, there are no such large reserves as you have. I’ve been impressed by your experience that we’ve heard so much about. We plan to use your methods on our deposits.”

The guests then visited several labs at the Institute of Geology and Petroleum Technologies (IGPT) and the Institute of Chemistry. They were also accompanied through the Shtukenberg Geological Museum, one of the largest of its kind in Russia.

Director of IGPT, Vice-Rector for Research Danis Nurgaliev also met with the delegation. He shared, “We plan to send five students to Germany. After returning to Russia, they will obtain two diplomas. We’ve had such practice at KFU already. However, the previous batch comprised two individuals. This time, it’s wider.”

Germany, as theorized, possesses about 500 million metric tons of heavy oil deposits. KFU’s research definitely may come in handy in this matter.