Dmitriy Tayurskiy – 'Science is a centre of my life' 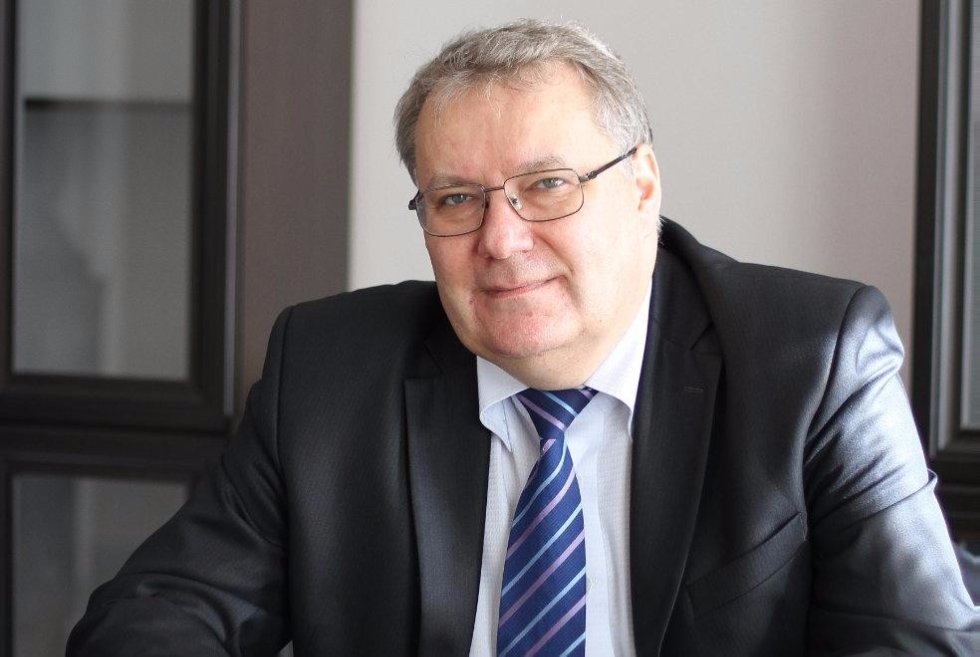 KFU must bank on young scientists and increase the number of foreign students, says Dmitriy Tayurskiy. He was appointed as a new educational activity vice-rector on 16 March by rector Ilshat Gafurov.

Everyone understands how relevant is what our educational activity department has to do in the upcoming future. The most ambitious goal is to get into world's top 100. It requires many transformations and strong focus. We talked to Dmitriy Albertovich about his vision of alma mater's research schools development, prospects of new university models in current globalization conditions and his personal interests.

His new office in the main building is still undergoing renovations, but his owner does not seem to be caring much about comfort. The higher priority is Internet access. Easily comes to mind that it is Dmitriy Albertovich who nowadays is the best example of intermixture of honoured traditions, progressive thinking and daily diligence. Just like his father, renowned and highly respected by many alumni of alma-mater physicist Albert Georgievich, and his mother Galina Vasilyevna, who celebrated last Saturday another jubilee, Dmitriy Albertovich has been developing the university, broadening its international connections and is down-dropped in science. Here we started our interview.

-Dmitriy Albertovich, you have been appointed as a vice-rector remaining to be Head of division. Will you have enough time to devote to science?

- For those who grew up in a 'scientific' family the question of future employment was predetermined. I have chosen my path entirely and permanently. Science is a centre of my life. And so I plan to do onwards.

In continuing these words of Dmitriy Albertovich I thought that a talented organizer might not be a good scholar, but a gifted scholar, as what Mr. Tayurskiy is, can definitely be a great organizer. If you can manage yourself to be efficient in scientific research, the same can be done with the others as well.

By the way in June KFU will hold yet another annual 37th international conference on ultralow temperatures. I'm intending to present my topic there. Best articles are to be published in Journal Of Low Temperature Physics magazine, editorial board member of which I became just a few days ago.

- How do you feel in your new occupation? Should university be aware of revolution related to your appointment?

- I have been working quite a long time in this field, moreover, I've been dealing with many problems also at university level. Revolution is definitely not to be expected. But we shall continue doing the business started in 2010 by Rishat Rafkatovich and uni's team.

Objectives I have now as an educational activity vice-rector were announced on the last university administration meeting by Ilshat Gafurov. This jump that we have achieved in scientific research must be anchored to educational programs because there's much tension around the issue of young specialists supply of our currently developing scientific fields. Established during the last 5 years labs were created not only to investigate the problem, produce any number of high-flying scientific articles and demise but to found new scientific schools which will continue developing. And the last always demands for a new blood. That is why university craves for special master's and PhD programs. In addition, many of educational projects were initiated in the Institute of Physics. Amongst these I can proudly point out "Uchebnaya Sreda 21+" which doesn't have any analogues worldwide.

Second task to be solved is to increase the amount of foreign students, which will play for the University of Kazan public image and increase brand awareness on the international education services market.

Right now it is understood that there is no university capable of producing qualified specialists for the whole of global market by itself and it is needed therefore to combine efforts of many universities.

We understand that forming of a new university model is a historically influenced process related with transformations in society and culture.

Every university has its upsides which should be put emphasis on. KFU is not an exception we place our stake on priority directions. It is them that we announce about on the international education services market and here is where we expect the strongest students to come. This, is the aim of 5:100 program which is currently enforced in Kazan University.

No one has cancelled that task of federal university which is to meet the demand of federal job market. And the spectrum of educational programs that KFU already offers must be solving both of the aforementioned problems.

- The last university administration board meeting set that the amount of foreign students should increase from current 2106 to 3000 for the next year. Do you think that's a lot?

- These aren't just freshmen though, but also older student, continuing their studies

- Today we see, that modern university models change their type relationship with society, business-area and government. They must take an action in response to challenges of the global world and this leads to the academic culture transformation.

- And what are we going to do with these, who are ready to pay to study economics? Is the university giving up the opportunity to make profit?

- We need to be rational in everything. This doesn't mean that the university will accept and teach 10k lawyers and economists. Even if these people want to have majors as mentioned, will they find the job afterwards?  No!

Also we should put away insufficient programs: if neither government, no people are ready to pay why do we need this then?

- Do you have plans to start new master's programs?

- We have great plans on many master's programs in humanities and science. We are also going to start on nuclear medicine program and a wide range of humanities programs.

If we imagine that we just proudly announced a new master's program, we can see that it isn't easy. Special laboratory facilities and guidance papers are needed. Even to meet the standards of Gosstandart for master's studies (* Federal Agency on Technical Regulating and Metrology of Russia) we should have books that were published not older than 5 years ago. This means that we will have an enormous amount of work which won't be done just in a couple of months.

If we aren't competent enough to close any study block, we should cooperate with our universities-partners to find the solution and there's nothing wrong about it.

Here's an example: University of Insbruck's website contains information that Kazan Federal University is its partner. And every September Austrian students come to the Institute of Physics have internships in our labs.

- Dmitriy Albertovich, there's a lot to do! Good luck!

Hobbies: collecting cd with classic music (the collection has more than 7 thousand tracks), playing the piano (have played in a while, but I can read music sheets without hesitation. I go to philharmonic whenever I have free time. I also love Japanese history, it's ancient atmosphere.