Several structural units are to be reshaped or renamed by the Academic Council
Main page \ Academic Units \ Physics, Mathematics and IT \ Higher Institute of Information Technologies and Intelligent Systems 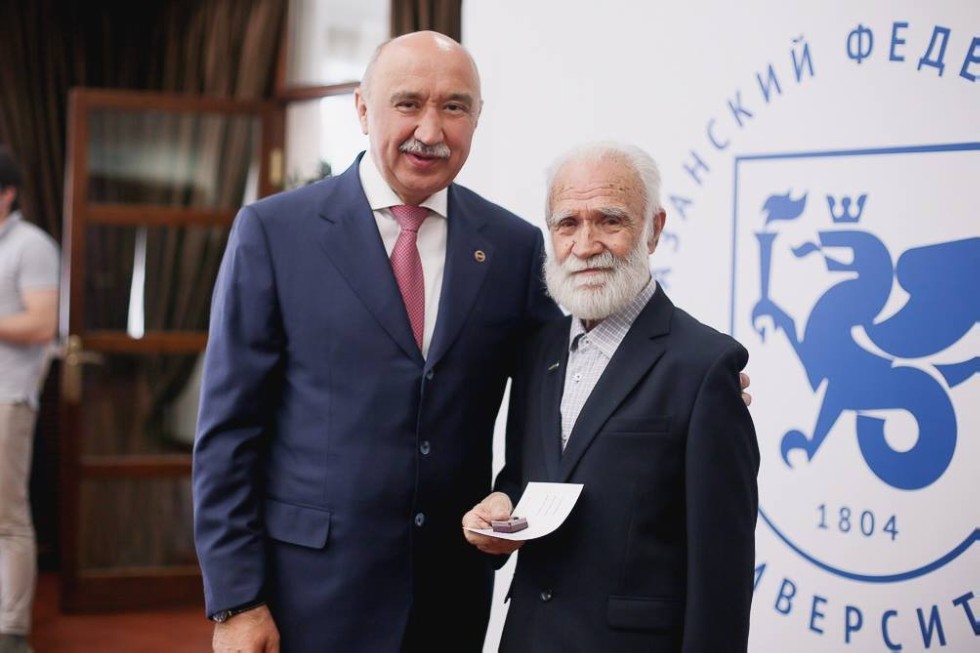 A regular meeting of the Council was held on 25th May.

The meeting started with awards. Numerous employees were given various honorary titles, letters of appreciation, or prizes from the University, the Republic of Tatarstan, and the Russian Federation. Notably, KFU’s longest-serving active employee Valerian Garanin (Zoological Museum) was named Honorary Worker of Education of Russia on his 90th birthday.

Later, procedural decisions followed. The Department of Fundamental and Clinical Pharmacology will be dissolved and merged with the Department of Biochemistry and Biotechnology to form the new Department of Biochemistry, Biotechnology and Pharmacology. The Medical Simulation Center will now be called the Simulation and Accreditation Center, and the Center for Continuous Medical Education and Residency will be opened at the Institute of Fundamental Medicine and Biology.

The Higher School of IT and Intelligent Systems received support in establishing the Department of Digital Economy.

The Faculty of Law informed of its intent to open the Virtual Department of Competition Law. Basically, it will also serve as a joint unit with the Federal Antimonopoly Service.

Several classrooms and ballrooms will be dedicated to dignitaries. Those are ballrooms of the Institute of International Relations – the Alexander I Ballroom, the Karl Fuchs Ballroom, and the Yevgeny Primakov Ballroom. The other honored individuals are mathematician Nikolay Chebotaryov, longtime Rector of Kazan University (1954 - 1979) Mikhail Nuzhin (both at the Institute of Mathematics and Mechanics), and First President of Tatarstan Mintimer Shaimiev (at the Institute of Philology and Intercultural Communication).

President of Tatarstan Rustam Minnikhanov was named Honorary Doctor of KFU, and Director of the Institute of Legislation and Comparative Law Taliya Khabrieva is now Honorary Professor of KFU.

Vice-Rector Danis Nurgaliev then informed about the process of establishing in-house dissertation councils. They are expected to launch in 2019.