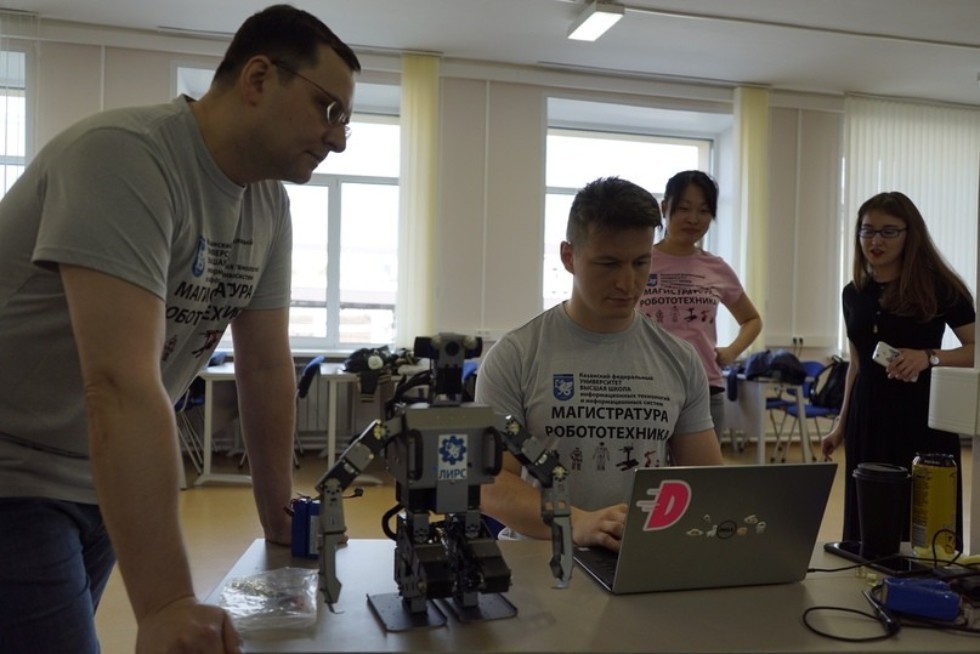 How to start preparation to robosoccer?

The order in which work begins on preparing the team is as follows: teaching the robot to distinguish the ball, approaching it and hitting, distinguishing between nets of its team and opposing, teaching the robot to determine its location on the playing field, opponents and its players. It's not an easy task. However, to write and to qualitatively test the recognition algorithms can be done in about six months. This is what bachelor's and master's students are currently doing in the "Intelligent robotics" program, which appeared at the Higher Institute in September 2017. At a practice match in KFU, they tested their new algorithms.

Detection of goals, ball and opponents are implemented by reading their contours. Builders of the Higher Institute of ITIS KFU use open libraries written in C++. ROBOTIS-OP robots also have their own built-in ball recognition code.