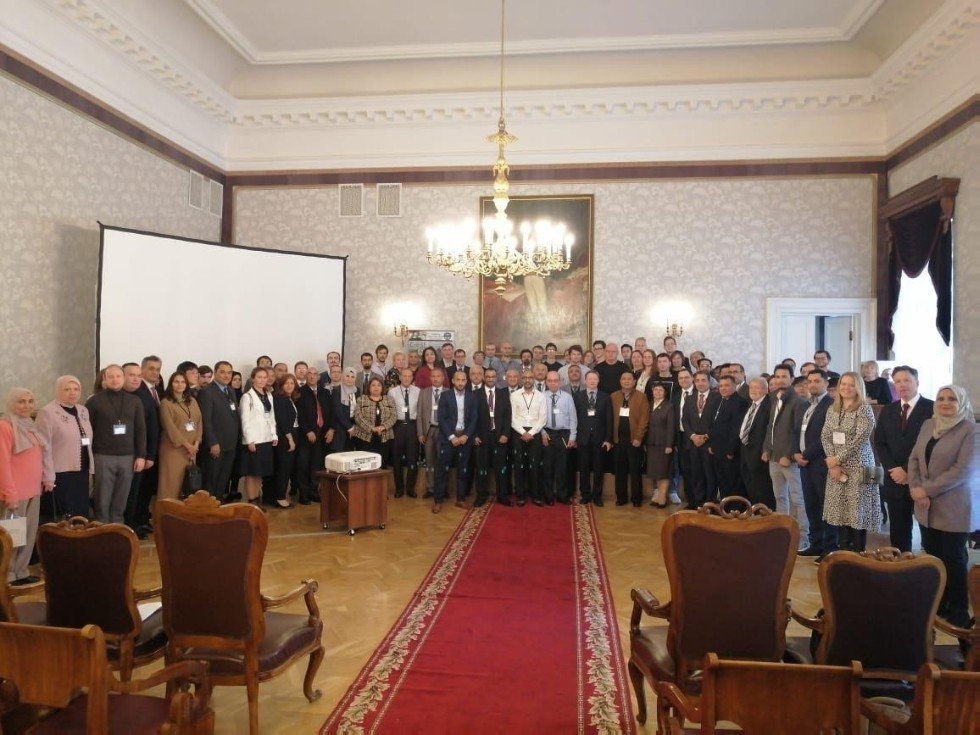 The conference was organized jointly with the IEEE, the Higher Institute of Information technologies and intelligent systems (ITIS) and the Naberezhnye Chelny Institute of KFU.

The annual International conference IEEE Developments in e-Systems Engineering (DeSE 2019) is held in Kazan Federal University from 7 to 10 October. It is important to mention that the conference is being held in Russia for the first time. The main topics of the conference are robotics, sensors, data science, and industry 4.0.

The conference was chaired by a Head of the Laboratory of intelligent robotic systems (LIRS) professor Evgeni Magid (General Chair) and General Co-Chair professor Jemila Mustafina, an docent of the Higher School of Economics and Law (Naberezhnye Chelny Institute of KFU).

On October 8th, the Grand opening of the conference was held in the Imperial hall of the KFU. Vice-rector for scientific activity of KFU Danis Nurgaliev, Evgeni Magid and Jemila Mustafina gave a welcome speech.

In addition, the conference was addressed by invited speakers: a commander of the British Empire, Chairman of the Board of the Jackson Lees Group Mr. Andrew Holroyd, professor Paulo Lisboa and Dr. Hoshang Kolivand from Liverpool John Moores University.

Every year DeSE is held at the universities with high world rankings. Previous year it was held at the University of Cambridge in the UK.

The conference became a platform for scientists and experts to present their reports and researches, establish scientific and educational contacts with colleagues from Russia and other countries.

The participants' reports were reviewed by international experts and also will be published in the conference proceedings, which will be included in the IEEE Xplore digital library and indexed in the Scopus and Web of Science databases.