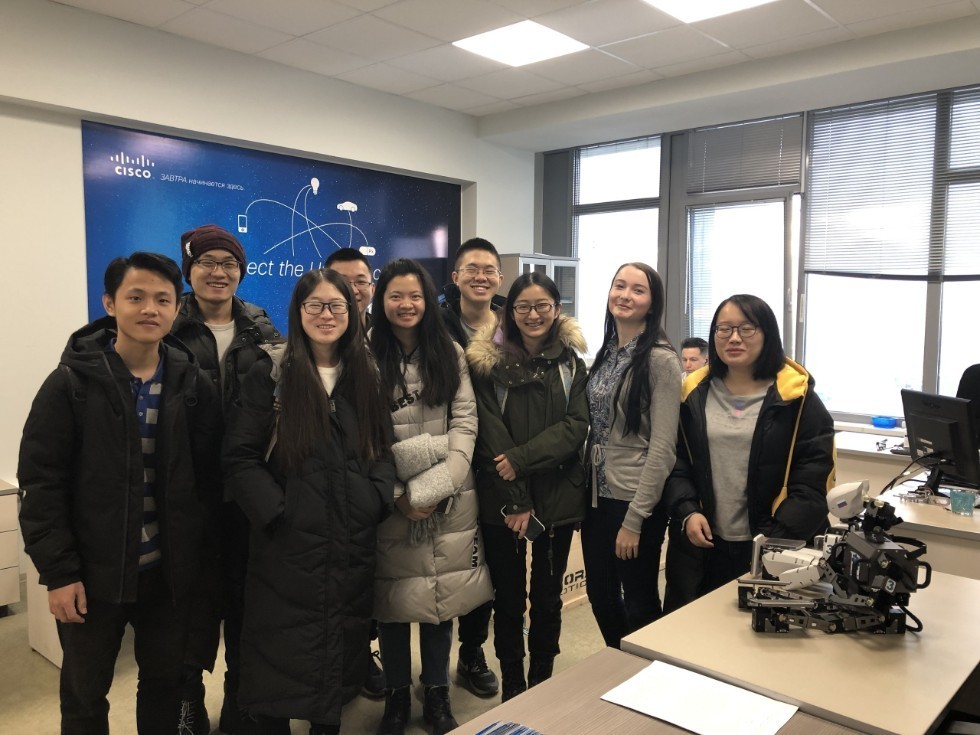 December 17 Students of Beijing United University (Beijing Union University) visited the Laboratory of Intelligent Robotic Systems (LIRS) of the Higher Institute of Information Technology and Intelligent Systems (ITIS), who came in exchange for one semester at the ITIS  to study a number of IT disciplines in English language. Among the disciplines students studied Computer Vision course, which was taught by Arthur Sagitov, junior researcher of LIRS.

Beijing United University is one of the most dynamically developing universities in China, which aims to constantly improve the level of teaching and learning conditions. Currently, 33,000 students are enrolled at the university. The teaching staff consists of 1400 teachers, among whom 34% are professors. Many well-known scholars and public figures give lectures at the university, among which 43 are privileged teachers under the government of China.

A tour for guests around LIRS  in Chinese was conducted by Shaydullina Leysan, a student at the Institute of International Relations, History and Oriental Studies of Kazan Federal University.

It is worth noting that Leysan prepared the tour with excellent responsibly and began to prepare in two weeks. At the first stage, she came to LIRS to learn in detail about robots and projects, as well as to prepare vocabulary and terminology of complex technical concepts. At the second stage, Laysan invited three native speakers who participated in edits of the text and pronunciation, and then rehearsed the tour for several days.

During the visit, Leysan talked about projects carried out at LIRS, and also showed the equipment with which the staff and students work. The tour was held in a friendly atmosphere, the guests highly estimated the work and modern equipment of the laboratory was well as they were pleasantly surprised that the tour was held in their native language.