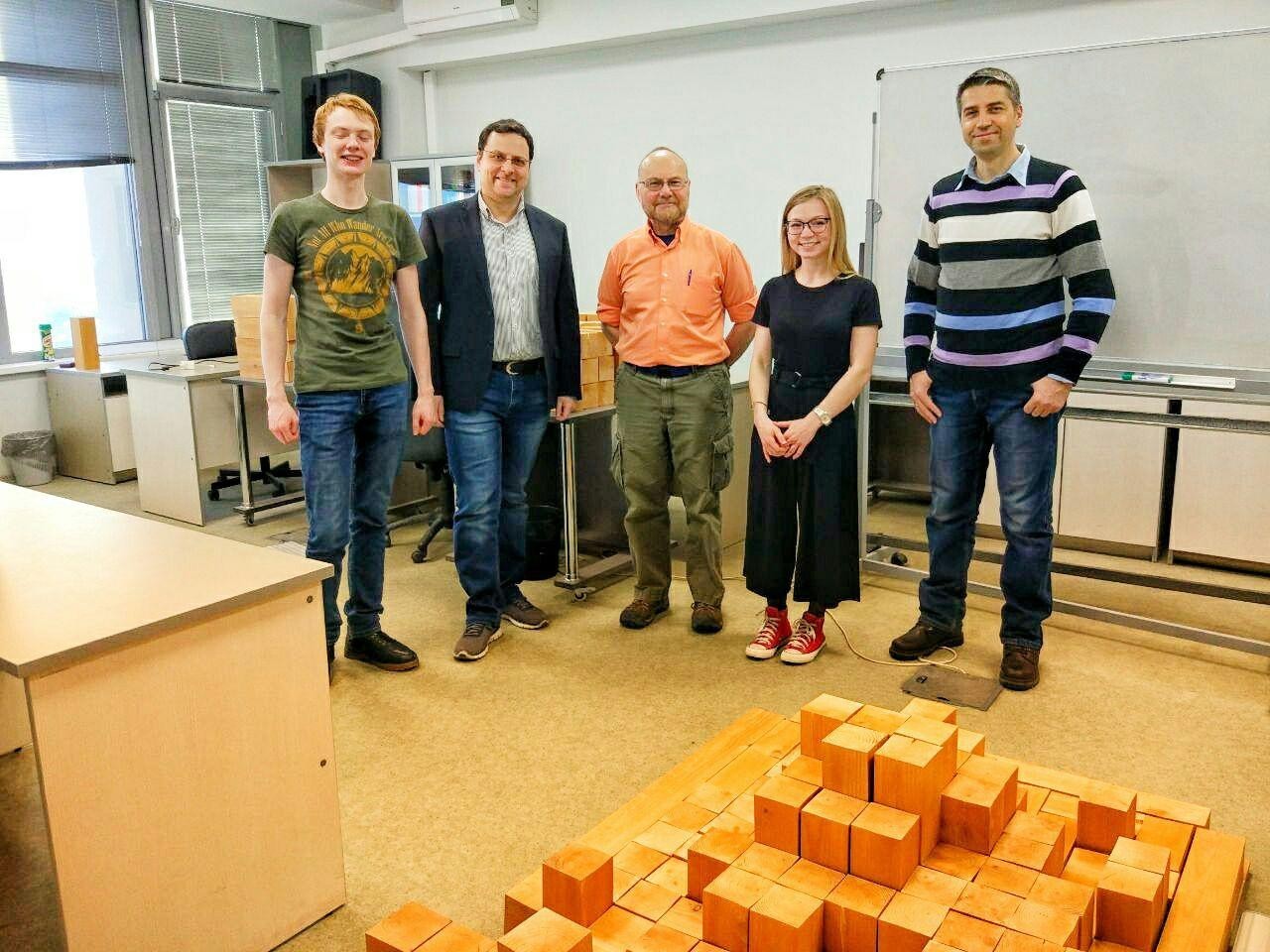 Professor Mel Siegel from the Institute of Robotics at Carnegie Mellon University, USA, one of the leading experts in the field of robotics, visited Laboratory of Intelligent Robotic Systems (LIRS). His research in the field of robotics focuses on the design and integration of sensors, measurement and control systems, and the development of approaches to the interpretation and use of knowledge-based data.

Professor Siegel has a lot of experience in the creation and recruitment of international-level masters programs in developing countries, including the Republic of Kazakhstan, the People’s Republic of China and the Russian Federation. During the meeting, the head of master's program in Intelligent Robotics of the Higher Institute ITIS , Professor Evgeni Magid spoke about the projects carried out by employees and students of LIRS, showed the equipment with which they work: the mobile robot “Servosila Engineer”, anthropomorphic robots ROBOTIS-OP2 and ROBOTIS-OP3, industrial KR 3 AGILUS robots, PX4 unmanned aerial vehicle, DJI quadcopters and other equipment.

Professor Siegel praised the work of LIRS and the successful launch of master's program in Intelligent Robotics in September 2017:

“I am pleasantly surprised that the LIRS team is young specialists who, in a short period of less than one and a half years, were able to achieve breakthrough results and open a master's program in robotics at the international level. "

“Last year, in our first student recruitment, we had 10 commercial places, 30 candidates, from which we selected 11 students. The university management noted the successful launch of the program and this year we are recruiting students for 5 budget and 10 commercial places ”

Professor Magid and Professor Siegel know each other since their work on the project at Carnegie Mellon University, so the meeting was held in a friendly atmosphere, during which colleagues discussed current issues in the development of robotics, problematic issues of development and development of master programs in robotics.