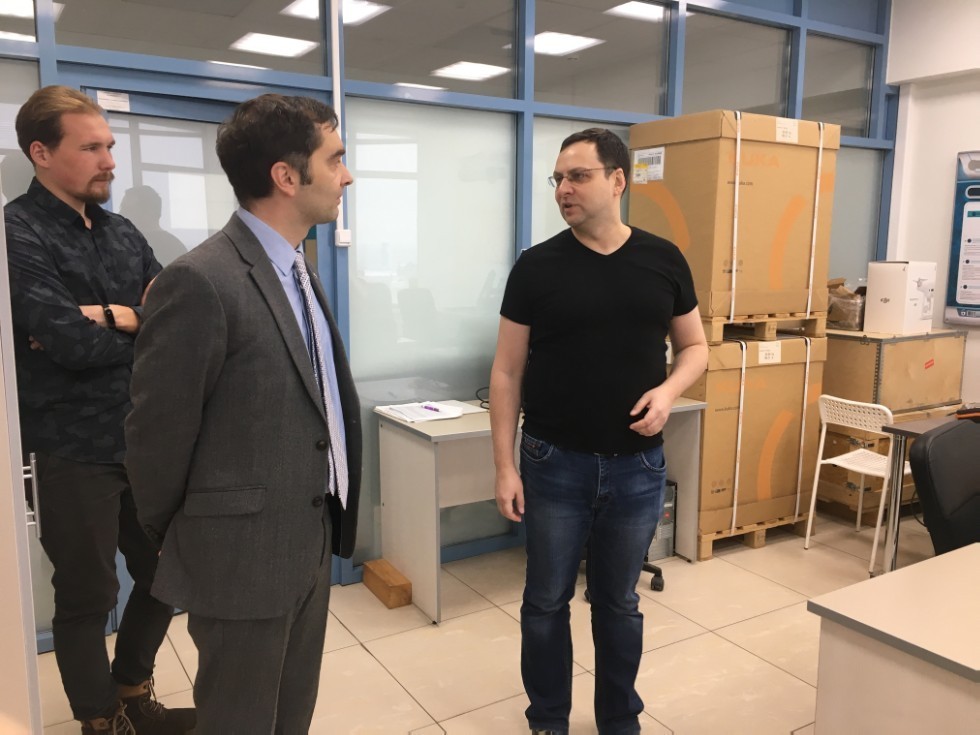 From 4 to 7 December Kazan Federal University will host a series of open lectures by the Russian Academy of Sciences (RAS) professor Ivan Ermolov on industrial robotics. Professor Ermolov is the Scientific Secretary of the Academic Council on robotics and mechatronics of RAS; a member of Expert Council of the National Center on the development of basic elements and robotics technologies; a Russian Foundation for Basic Research expert; member of the Technical Committee on “Robotics” of Rosstandart; a member of the editorial Board of the "Mechatronics. Automation. Control» journal. His main research interests are autonomous mobile robots. In addition, there are scientific results in the field of group application of robots, industrial robotics and robot sensors.

During the visit the professor also visited the Laboratory of intelligent robotic systems (LIRS) of the Higher Institute of Information technologies and intelligent systems (ITIS) of KFU. LIRS employees told the guest about the projects implemented in the laboratory and demonstrated achievements in the field of intelligent navigation of mobile robots. Projects related to the laboratory's robots were highlighted during the visit: development of the graphical interface for controlling the "Engineer" robot and its autonomous mapping of space, autonomous navigation of the PMB-2 robot and its interaction with the DJI Phantom 4 Pro quadrocopter.

‘ÓÚÓ„ūŗŰŤˇ ŤÁ žŗÚŚūŤŗŽŗ: An expert of the Russian Academy of Sciences visited the Laboratory of Intelligent Robotic Systems