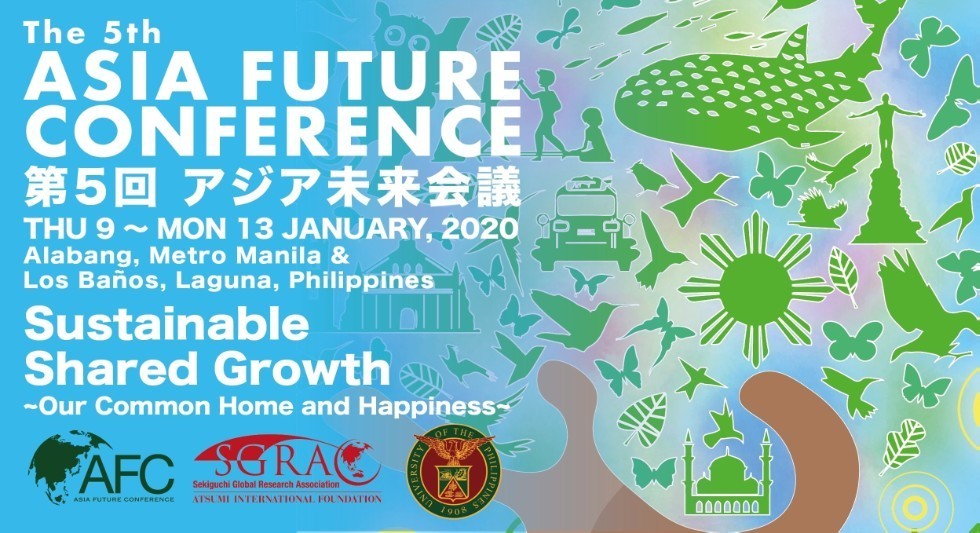 From 08th to 13th January 2020, the V International Asia Future Conference (AFC5) was held in Manila, Philippines. A Head of the Laboratory of intelligent robotic systems (LIRS) of the Higher Institute of Information technologies and intelligent systems (ITIS) professor Evgeni Magid was invited to the conference as a speaker. Professor Magid made a presentation on the following topic:

"On Simulation of Flood and Land Slide Disaster Areas in Urban Environments for Robotic Search and Rescue",

in which he presented the current results of simulation of search and rescue operations in the Gazebo simulator performed within the project "Information System of Emergency Situations Management in the areas of Floods and Landslides with Assistance of Distributed Heterogeneous Group of Robots". Also professor Magid was a moderator of "Technologies for innovation" section.

In line with this year's conference topic "Sustainable shared growth is our home and happiness", goal of AFC5 was to work on strategies for achieving rapid economic growth aimed at widening wealth and income inequality and environmental degradation. In framework of 51 parallel sections, participants presented the results of their research in the fields of history, resource management, environmental protection, regional policy and strategy, minority issues, and others. 20 of the best works presented at the conference were awarded with various awards.

This year, the opening of the conference was attended by the Japanese Ambassador to the Philippines Koji Haneda and the 21st President of the University of the Philippines Danilo L. Concepcion, who made congratulatory speeches, and the Ambassador of the Republic of the Philippines to Japan H. E. Jose C. Laurel V, who opened the event with a keynote speech on "Achieving sustainable development goals in the age of social media". H. E. Jose Laurel V in his speech particularly noted the leading role of robotics and artificial intelligence as technologies that ensure sustainable development. Also there were a former Deputy Secretary-General of the United Nations, Conference Chair Yasushi Akashi, the University of the Philippines Los Baños Chancellor Dr. Fernando Sanchez Jr. and Executive Director of the Atsumi International Foundation Mrs. Itsuko Atsumi.

Since 2004, AFC has been addressing transnational issues caused by global environmental problems and increasing socio-economic globalization. The conference develops multi-faceted evaluation and analytical strategies in collaboration with other countries and disciplinary structures. AFC is organized by the Sekiguchi Global Research Association (SGRA) in partnership with similar institutions to provide a place for sharing knowledge, information, ideas and culture not only by SGRA members, but also by former Japanese foreign students from various educational institutions around the world, their own students and employees, and anyone interested in Japan.

Let us remind that Evgeni Magid participated in the III International conference Asia Future Conference (AFC3) in 2016, which was held in Kitakyushu, Fukuoka, Japan. At the event professor Magid presented a report on the topic "Mobile Robotic Assistants in Urban Search and Rescue Scenario".