The employee of the University of Bristol visited LIRS 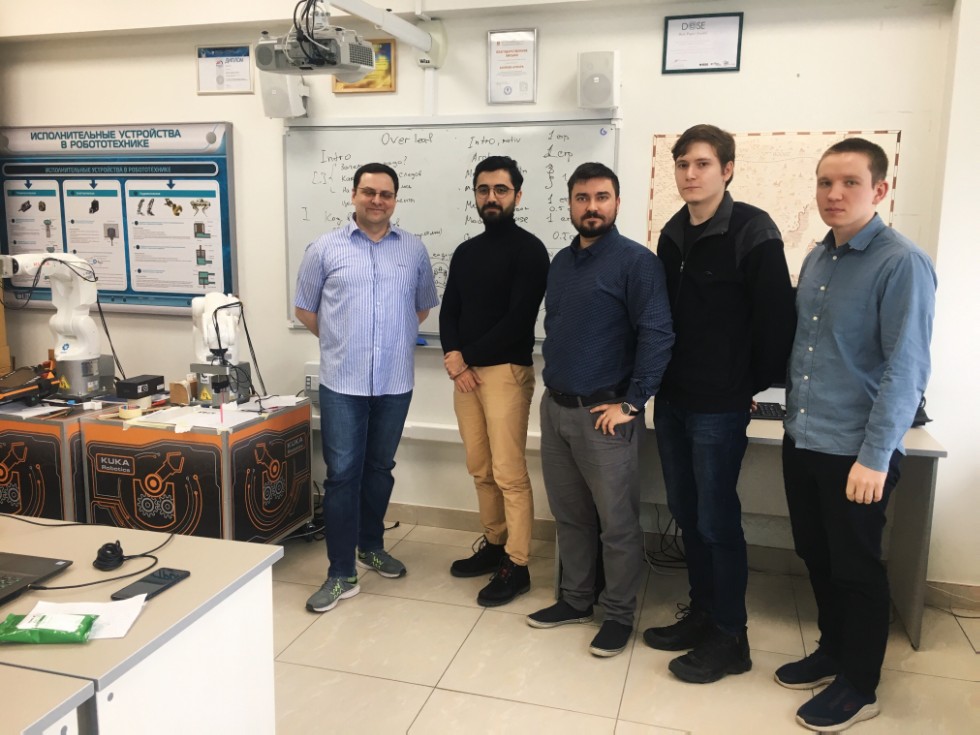 On 28th February an employee of the University of Bristol, UK Karam Safarov paid a friendly visit the Laboratory of Intelligent Robotic Systems (LIRS) of the Higher Institute of Information Technology and Intelligent Systems.

From 2013 to 2014, the head of the laboratory, Professor Evgeni Magid was a senior research fellow at the University of Bristol. The scientific interaction of Evgeni Magid and Karam Safarov began in 2014, when Karam was trained at the Bristol Robotics Laboratory. During the meeting, LIRS employees told the guest about the ongoing projects in the laboratory related to the laboratory robots, as well as the Master's program “Intelligent Robotics”, which was successfully launched at ITIS in September 2017. The meeting was held in a friendly atmosphere, colleagues discussed possible collaborations in the field of robotics. The guest praised the work and equipping the laboratory with modern equipment.