An employee of the Laboratory of intelligent robotic systems won at the competition for the incentive payment of the Kazan Federal University rector to the young scientists
Main page \ Academic Units \ Physics, Mathematics and IT \ Institute of Information Technology and Intelligent Systems \ Research \ Intelligent Robotic Systems Laboratory \ News 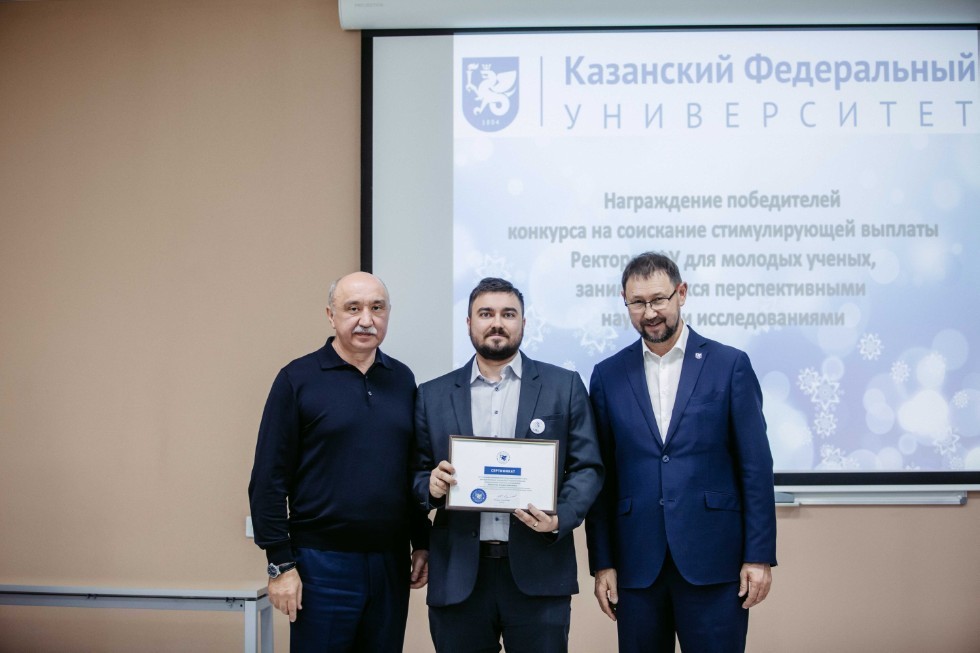 On 25th December 2019, Ilshat Gafurov, a rector of the Kazan Federal University, held a traditional meeting with representatives of the Association of young scientists of the Kazan University. During the meeting starting researchers discussed with the Head of the University the most relevant issues, plans for expanding support programs and solving urgent problems related to the further development of the KFU.

Roman Lavrenov, a senior lecturer at the Higher Institute of Information technologies and intelligent systems (ITIS) and an employee of the Laboratory of intelligent robotic systems (LIRS), was invited to the event as the winner of the competition for the incentive payment of the KFU rector to young scientists of the higher educational institution, which was held among the employees of KFU. Roman won the contest in the "Engineering and technical Sciences” category.

Roman Lavrenov shared us his comments about the event:

"It was a very solemn event. The role of KFU’s young scientists was repeatedly emphasized. I express my gratitude to the Association of young scientists of KFU for choosing my candidate among many young researchers and Ilshat Gafurov for creating the grant program. After the official meeting, there was a general photosession and a short informal meeting, during which I was able to personally thank Ilshat Gafurov for supporting our laboratory and I presented him a small souvenir with the symbol of the LIRS".

Фотография из материала: An employee of the Laboratory of intelligent robotic systems won at the competition for the incentive payment of the Kazan Federal University rector to the young scientists