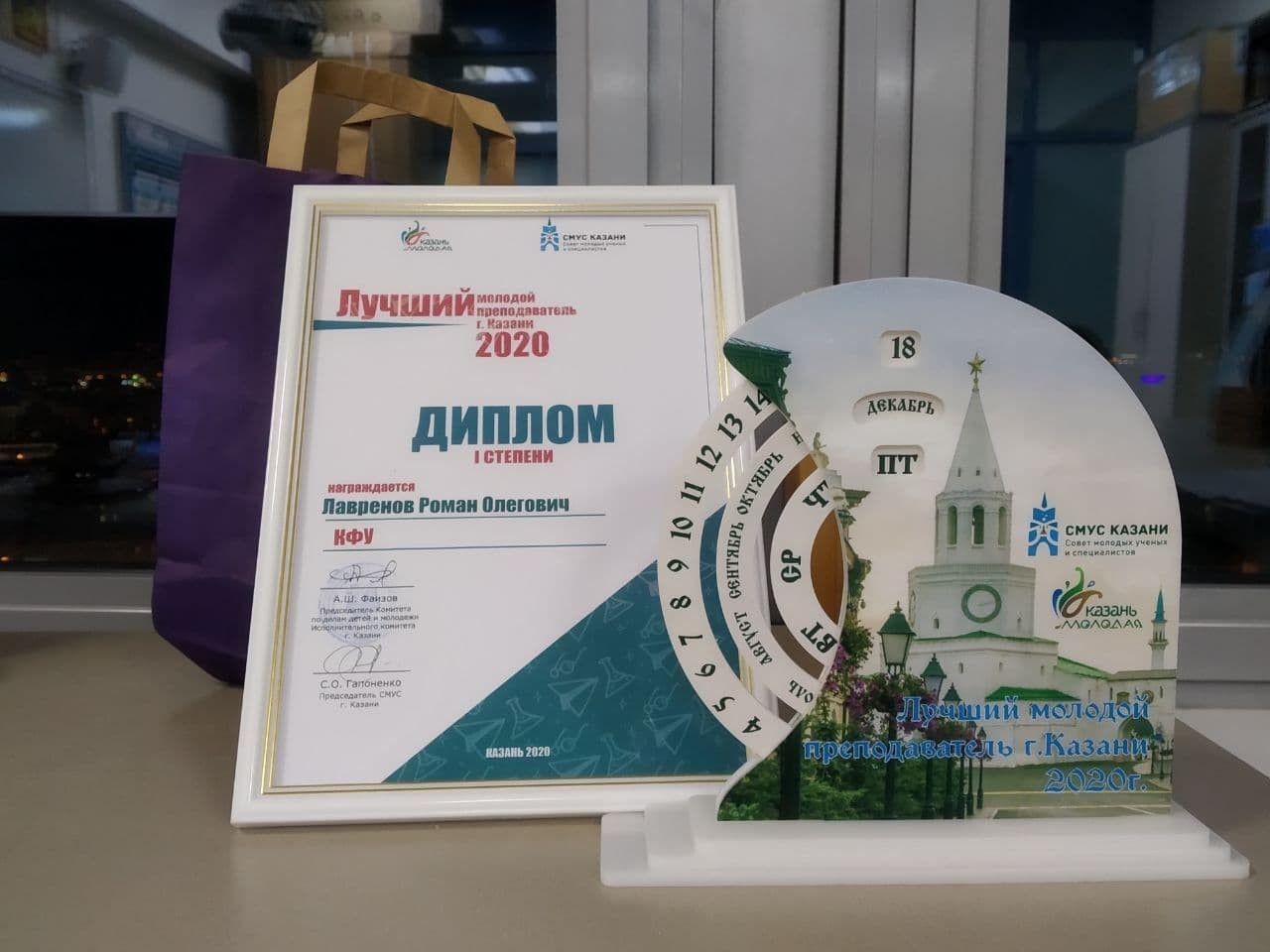 On December 18, 2020, the final of the annual competition "Best Young Teacher - 2020" among young teachers of higher and professional educational institutions of Kazan took place. The final stage of the competition was won by a senior lecturer and an employee of the Laboratory of intelligent robotic systems (LIRS) of the Institute of Information Technology and Intelligent Systems (ITIS) Roman Lavrenov. The event was organized by the Council of Young Scientists and Specialists of Kazan.

The competition is aimed at identifying and encouraging young teachers of Kazan universities, who have achieved significant results in scientific and educational activities and have professionally proven themselves among students.

The contest was held in three rounds. During the first round, the participants provided the judges with a portfolio and prepared a project description, which includes the development and implementation of innovative educational technologies in the educational process.

"I told about my course “Robotic Operating System”, during which students learn programming of real robots. For this course I wrote the first teaching and learning aids on ROS in Russian and created an online course," said Roman Lavrenov.

As part of the online course, students first learn ROS (a framework for modeling and programming real robots and in simulation), then apply it in simulation tasks and only after two stages they work out the material on real devices. There are no other analogues of such a course in Russia. You can study according to such a curriculum only in the Institute of ITIS starting from the 1st year of the master's program "Intelligent robotics".

In the second round, the contestants held their own master classes online, where Roman told in detail about his course and gave examples of videos with robots in simulation and with real robots in student projects.

Following the results of both rounds, Roman went into the third round, which is the final. The participants prepared a self-presentation and took part in debates on the adoption of innovations in the education process.

"I got the information about the competition from the mailing list to ITIS’ teachers and I’ve chosen to participate in it, as I learned earlier that the Director of the Institute of ITIS Mikhail Abramsky won there before. There were three stage: an application, a story about teaching project via video call and a full-time final stage. Only three representatives of universities and colleges made it to the final. It was nice to be the winner and doubly pleasant that after the award ceremony the jury members came up to me and said that it was landslide win and they were very impressed with my achievements. For me as a teacher, winning the competition is the highest assessment of my teaching activity", Roman Lavrenov shared his emotions of the victory.

We congratulate Roman and wish him further success!