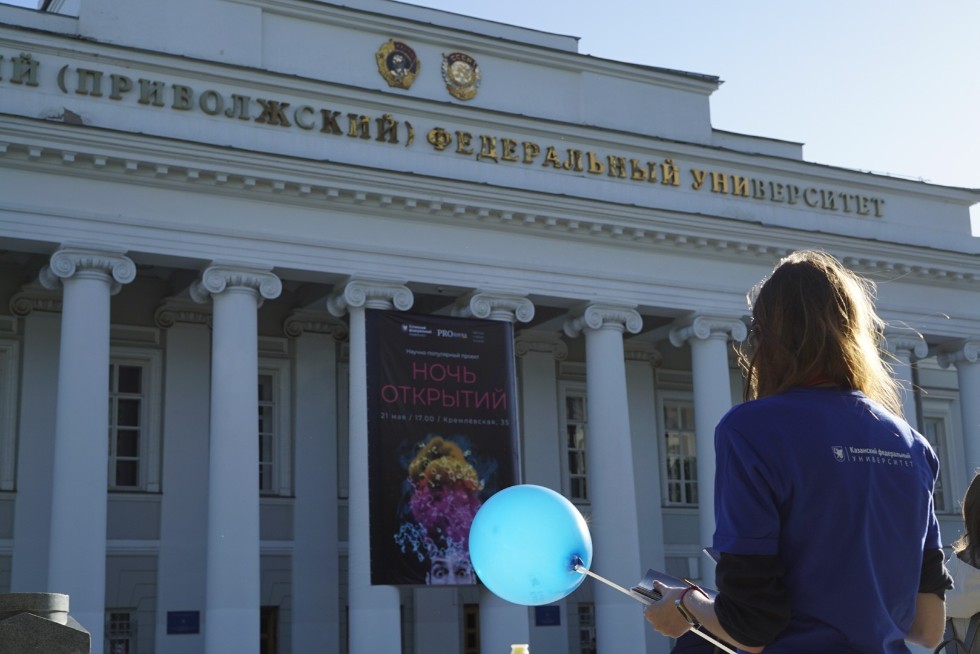 About 2 thousand people came to the Frying Pan courtyard in front of the Main Building on 21st May.

Rector Ilshat Gafurov and Minister of Education and Science of Tatarstan Rafis Burganov opened the science festival. The Rector awarded Anastasiya Belova, the winner of the Why KFU quiz contest for schoolchildren, with an iPhone 7. The guests then proceeded to see what was on display, and there was much to see indeed.

For the first time in the history PRO Science, all major academic units presented their shows and lectures.

The Institute of Management, Economics and Finance arranged a quest about human capital.

The Higher School of Journalism and Media Communications gave everyone a chance to be a TV star by answering a number of funny questions in front of a UNIVER TV camera.

The Institute of Philology and Intercultural Communication held a flash mob of live reading of Leo Tolstoy’s most recognizable books. Excerpts from his masterpieces were read in Russian, English, Spanish, German, French, Chinese, Korean, Indonesian, Arabic, Croatian, and other languages.

As usual, various types of androids attracted much attention. This time, the focus was on robotic footballers. The Institute of Engineering and the Higher School of IT and Intelligent Systems plan to hold two android football matches on 4th and 15th June to celebrate the upcoming FIFA World Cup in Russia.

The Institute of International Relations, History, and Oriental Studies offered master classes in ornament painting, a poetry battle, and a tea ceremony.

The Department of Botany and Plant Physiology (part of the Institute of Fundamental Medicine and Biology) presented recipes of healthy smoothies.

The Faculty of Law showcased some tech innovation for criminal police, such as Papilon Klim-3D (an automated composite sketch drawing system), a virtual crime scene modelling software, and a virtual search software.

The Institute of Physics gave everyone a chance to peek at the Moon through a professional telescope and showed physical tricks.

Many other wonders and amusements of science were also on display, including those in chemistry and medicine.