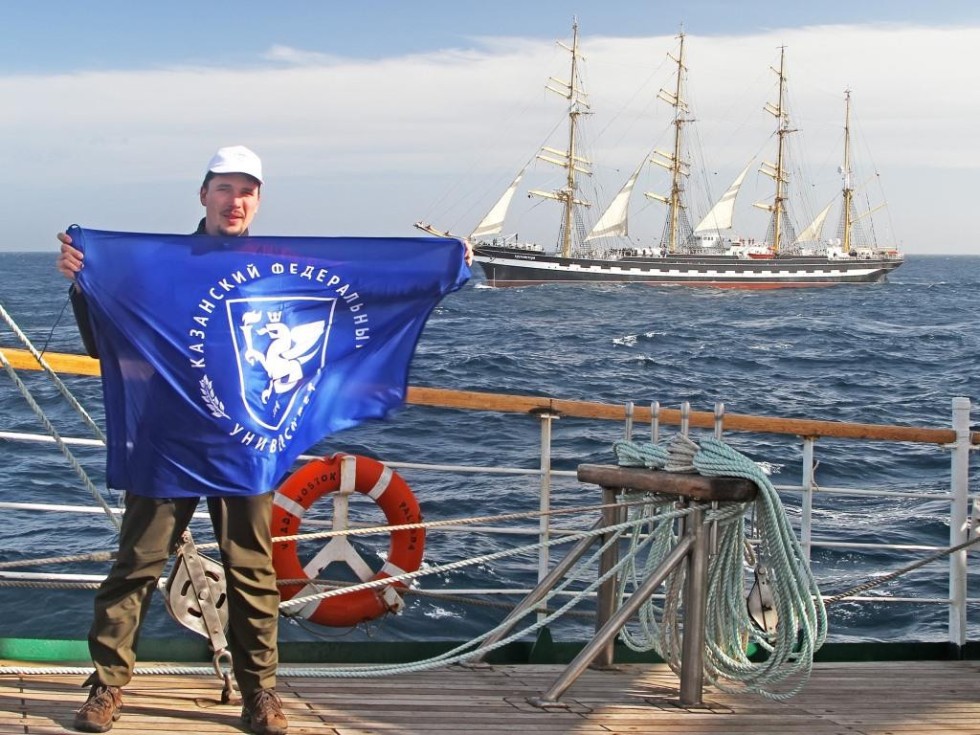 Sergey Melnikov was a part of the expedition celebrating the 200th anniversary of the discovery of the Antarctic.

The 1819 – 1821 circumnavigation famously included Ivan Simonov, astronomer and future rector of Kazan University, who was the only scientists on the crew. To celebrate this great journey, the Government of Russia dispatched three sailing ships – Pallada (Pallas), Sedov and Krusenstern. They sailed off in November 2019.

On 14th February, Dr. Melnikov joined the crew of Pallas in Argentina and finished the journey on 16th March in Cape Town (South Africa); he celebrated his 37th birthday at the Cape of Good Hope.

He comments on his experience, “Unfortunately, we could not approach the Antarctic shore because of bad weather, but the journey was interesting nonetheless. For a month, I studied seafaring with ship boys and nautical school students and even received a frigate sailor certificate. We learned safety, ship construction, sail setting and mending. For the most part, the ship went under sails.”

During the journey, Melnikov presented a lecture on his work and spoke about Spektr-RG (international X-ray astronomy project). In times of nice weather, he also helped everyone to navigate by stars and look for the International Space Station in the sky.

Finally, the three ships partook in a 200-mile race. “During the race, there was a force 7 storm, and 5 of 26 sails were torn,” shares Melnikov with a smile. “It was a bit scary: the wind was 25 meters per second, some waves kicked people off their feet, and the heeling reached 45 degrees.”

During the sailing, he made photos and videos of everyday life, including all-hands-on-deck episodes, oceanic life, and wonderful sunsets – over 4,500 photos in total. A film will soon be made from his materials and, of course, shown to Kazan University students and employees.