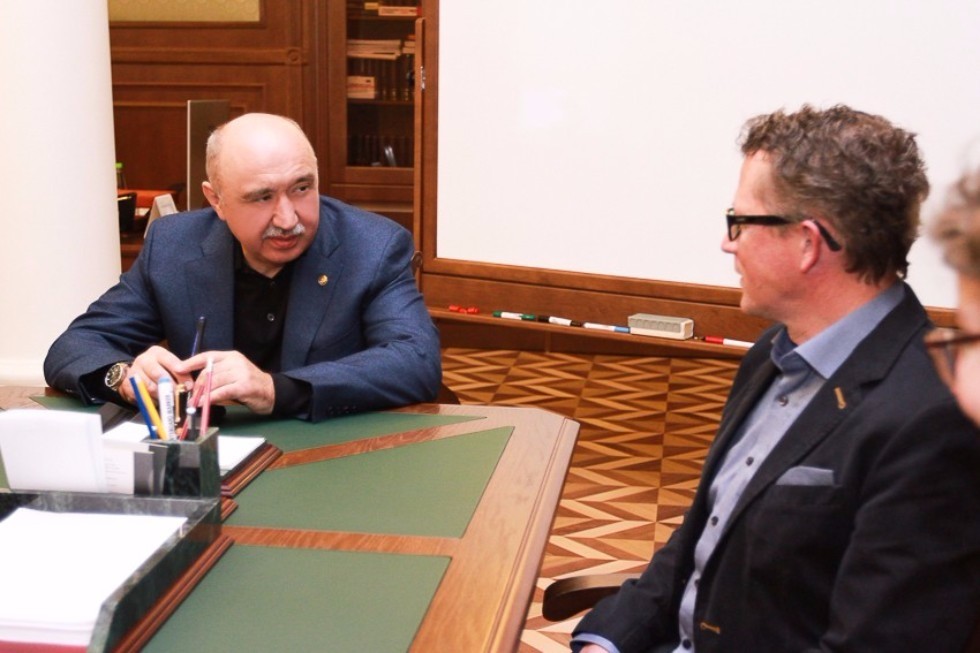 This is not Mr. de Wargny’s first visit to Kazan, as the two executives had a similar meeting in March of last year.

Intel is currently engaged in deep learning projects and needs immense amounts of data to make the system more adaptable and self-developing. The corporation suggested that KFU’s scientific data be integrated into the system to benefit both sides in their goals.

The visitor was especially interested in geology and medicine – the databases in these areas are very sizable. Dr. Gafurov said that AI is one of the spheres of interest for the Unviersity as well, including a new surgery modelling development at the Institute of Fundamental Medicine and Biology. Mr. de Wargny answered that the Intel’s system is open source and free, so any of the participants can use the amassed knowledge while simultaneously helping it grow further.

The two sides also negotiated that Intel’s in-house engineering training materials can be used by KFU. They now have to be reformatted so as to fit the curriculum standards. As of now there still have been no specialized AI courses at Russian universities. Intel, however, has had successful collaborations of this kind in the United States.

Ralph de Wargny is going to present his lecture on the company’s AI and deep learning strategy on February 15th, as is Director of the Institute of Computational Mathematics and IT of KFU Sergey Mosin – he will touch on research developments and planned joint programs.