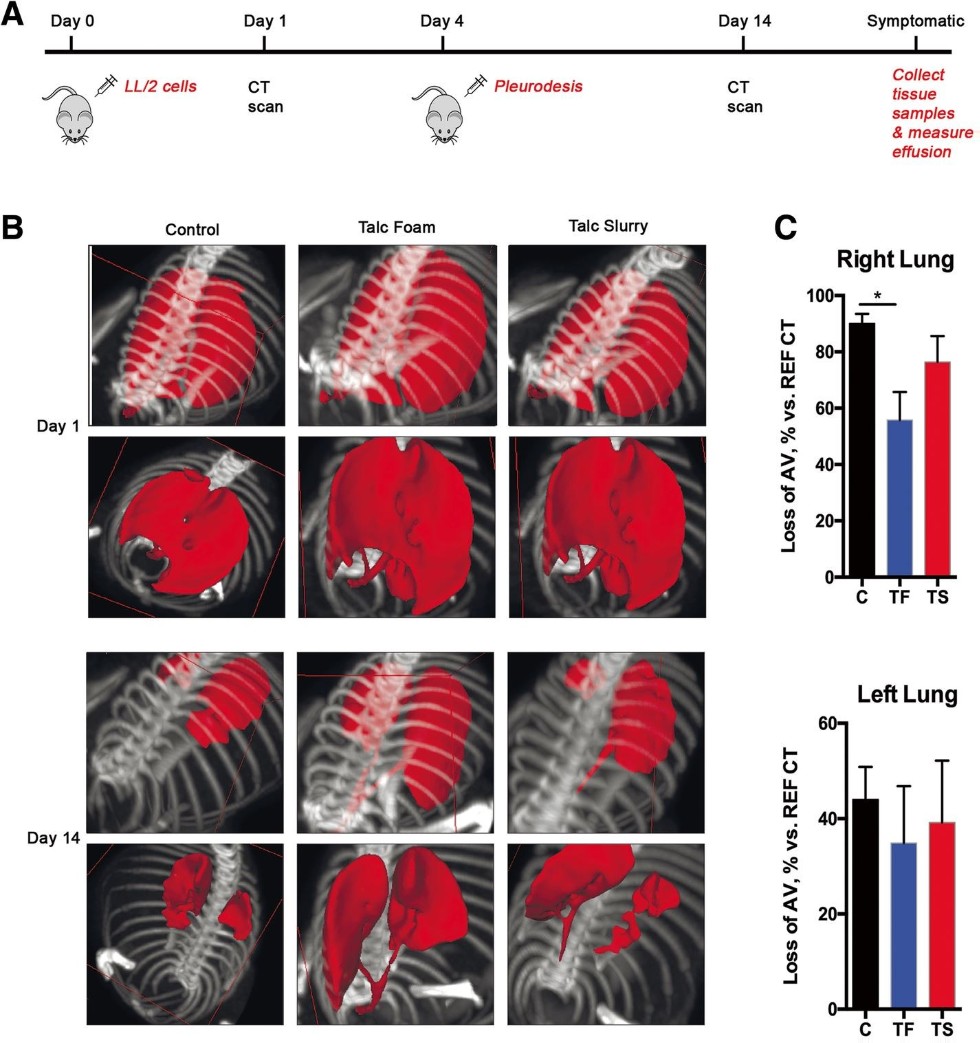 Preclinical trials were held on mice. Senior Research Associate Alexander Deneka (Laboratory of Molecular and Biochemical Bases of Pathogenesis and Therapy of Cancer Diseases, Kazan Federal University) explains that the method in question was first proposed by British scientists; they proved that liquid can be drained from a pleural cavity with the help of a talcum powder solution.

Tests showed that only a half of patients can be assisted in this way, so new ways of drainage were sought. The authors of this new paper found a safer and more reliable alternative while experimenting with hydrogels.

Talcum and hydrogel are combined in such a way as to be evenly distributed between pleurae and absorb liquid more effectively. Experiments on cancer-stricken mice proved that the method is promising. Health deterioration was stalled, and they lived up to 55% longer than those who received standard therapy.

“Importantly, the increased effectiveness of hydrogel infusion allows to remove a suction tube quicker. This reduces the risk of pleural inflammation or aeration of the pleural cavity,” adds Deneka.

Further research is planned and can down the road help save thousands of lives.