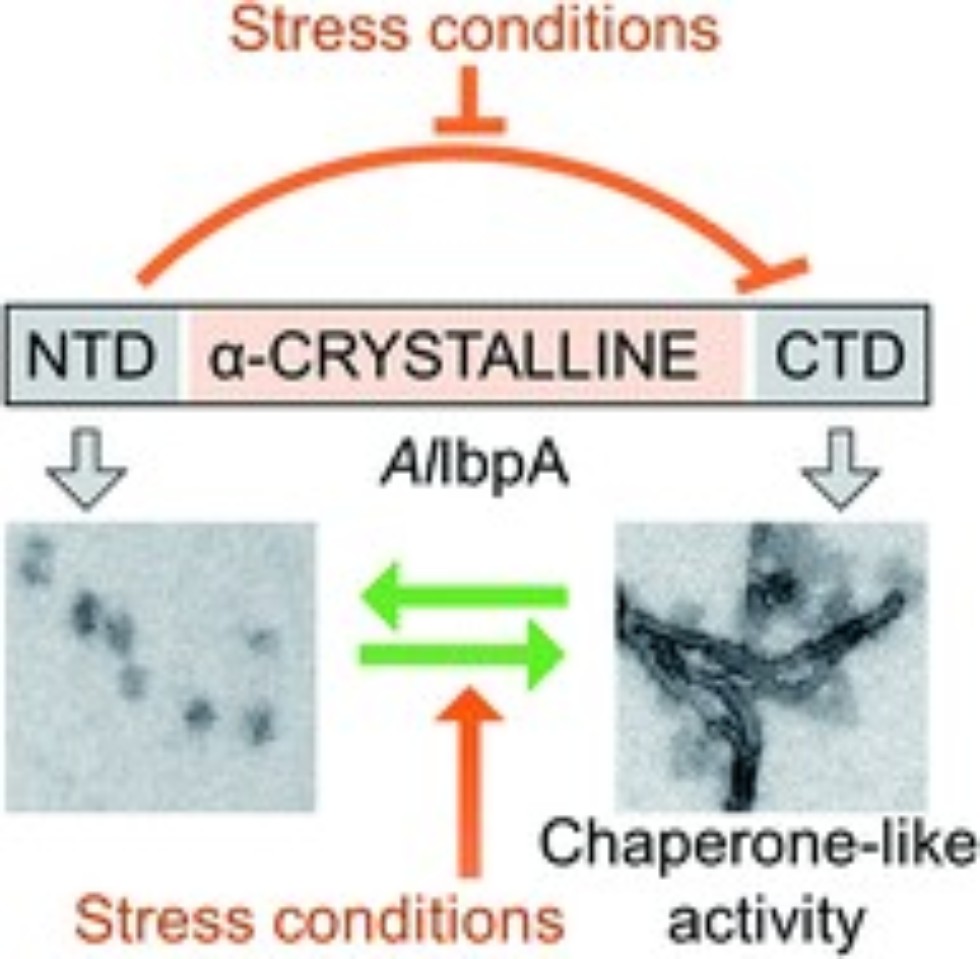 A paper by Kazan Federal University and the Institute of Cytology appeared in RSC Advances.

Researchers from Kazan Federal University and the Institute of Cytology of the Russian Academy of Sciences (Saint-Petersburg) have detailed novel non-trivial intramolecular interactions for the small heat shock protein (sHSP) from Acholeplasma laidlawii, a phytopathogen of rice, seed and pea seed.

These proteins (sHSPs) are present in most of the living cells and are responsible for their survival under stress conditions and, therefore, serve as objects of interest for new infection treatment strategies.

Protection against diseases is crucial for the preservation and growth of crop yields. Plant diseases caused by mycoplasmas, cell-wall free pathogenic bacteria, lead to crop damage and represent a great challenge in agriculture. To date, more than 700 diseases caused by mycoplasmas have been described. One of the common and stress-resistant mycoplasmas is Acholeplasma laidlawii, a phytopathogen affecting rice, seed and pea seed.

Acholeplasma is sensitive to a comparatively narrow spectrum of antimicrobials, such as tetracycline and gentamicin. However, they are only capable of stifling the bacteria’s growth, not eliminate it. As soon as the influence of an antibiotic stops, bacterial growth can resume. Acholeplasma is also resistant to low temperatures and can infect nutrient media powders for bacteria and eukaryotic cell cultures. Thus, the suppression of infections caused by Acholeplasma laidlawii and phytoplasmas poses a serious problem for research. Therefore, uncovering the molecular mechanisms of mycoplasmas’ survival under stress conditions could help discover novel strategies for the ongoing fight against them.

One of the key elements of the chaperone protective network in A. laidlawii and phytoplasma cells, as it seems to the researchers, is the so-called small heat shock protein. Under stress conditions, its fraction can reach up to 7% of the total protein in A. laidlawii cells.

The mechanism of how heat shock proteins work is clearly visible when the external temperature rises above the optimum. After being heated, some proteins unfold, lose structure, and form aggregates, and when temperature lowers, they can fold back, but incorrectly, which results in their abnormal work and toxicity for the cell. HSPs play the role of intracellular assistants, which save the ability to restore the structure of other proteins after a stress and, if this fails, send the "broken" protein for recycling. Small heat shock proteins (sHSPs) are "paramedic" proteins in multi-chaperone networks and are first to respond to stress. Their disruption makes bacteria vulnerable.

In this paper, the team described roles of various functional parts of sHSP from A. laidlawii in its chaperone activity. In particular, it was shown that several parts of the protein are responsible for the formation of various supramolecular structures via intramolecular interactions. This mechanism is different from the other ones of known sHSPs and will help to understand the basic principles of protecting mycoplasmas from stress, as well as potentially find out new ways to block it in the future. Moreover, some data obtained on modified sHSP showed its increased ability to prevent the heat-induced denaturation of other proteins, for example, insulin, and thus can be used as a tool for protection of various proteins in healthcare, biotechnology, and life sciences.

The research is supported by the Russian Science Foundation, project 17-74-20065, part of the Russian Presidential Program of Support for Research by Young Scientists.