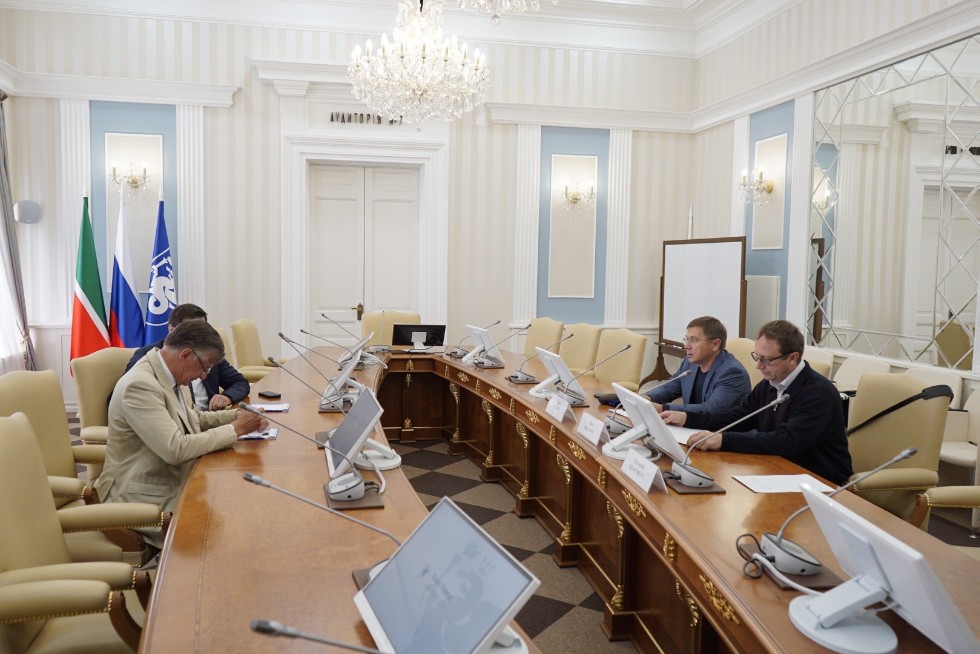 He was met by Vice-Rector for Biomedicine Andrey Kiyasov, Director of the Center for Precision and Regenerative Medicine Albert Rizvanov, and Head of Research and Development Division of KFU Alexander Klochkov.

After the meeting, Dr. Kiyasov commented, “We discussed the ongoing cooperation and some new projects aimed at launching new medications and new genetic compounds.”

At the Institute of Fundamental Medicine and Biology, the Honorary Consul looked at the research conducted by KFU employees.

Albert Rizvanov concluded, “We hope that this visit will lay groundwork for further collaborations.”