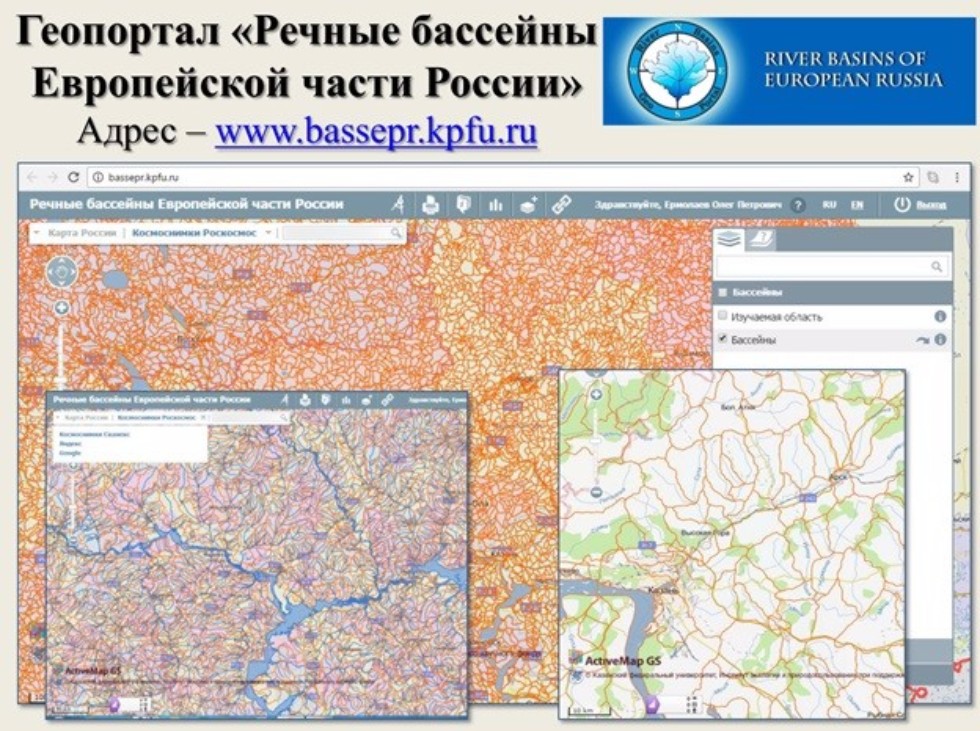 The portal has been launched recently by the University experts.

This GIS is based on a vector map of basins of small rivers. The map covers almost all of European Russia – 4 million square kilometers with about 50 thousand river basins. The project was financed by a grant of the Russian Science Foundation and took 3 years of work by 10 employees.

Professor Oleg Yermolaev, Head of the Space Ecology Lab, commented, “These basin geosystems have been included in the database which describes the environmental and resource potential of European Russia. This part of our country is covered in small rivers. We have coped with the challenge to research these rivers and their basins. Such an undertaking had never been attempted before that”.

According to Dr. Yermolaev, the database includes around 50 different parameters. It consists of various types of data about the territories’ resource potential and anthropogenic influence on them. Some of the parameters are area, types of soils, composition of formations, population density, road density, altitudes, forest cover, marshiness, ploughed area, river flow, and 16 climate characteristics.

Four patents have been registered in the course of this work. Moreover, KFU sociologists were asked to create a questionnaire for the database users, and it is now being adjusted in accordance with their feedback.

The database can be found at http://bassepr.kpfu.ru/