KFU psychologists: 'It's the society's fault that a teenager brought weapons to school'
Main page \ Academic Units \ Humanities \ Institute of Psychology and Education

KFU psychologists: 'It's the society's fault that a teenager brought weapons to school' 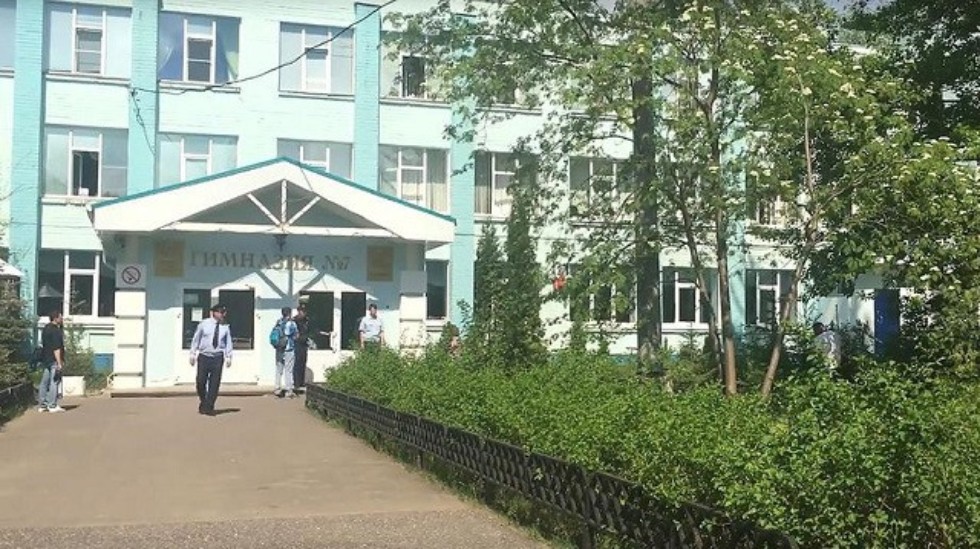 State of emergency in the Kazan gymnasium No. 7, when a pupil entered the Russian language classroom a week ago, took out an air pistol, a knife and took classmates hostage, agitated the whole country.

The situation is discussed at all levels. Olga Vasilyeva, Minister of Education of the Russian Federation, said that more attention should be paid to raising the younger generation. Prime Minister Dmitry Medvedev instructed to check the safety of schools.

The problem of insecurity of teachers of schools and educators of kindergartens of Tatarstan from pressure from parents, the administration of educational institutions and law enforcement agencies was identified by the head of the ANO "General Education Organization" Bala-City "," Albina Nasyrova. And Anna Kuznetsova, the country's children's ombudsman, said that there were “violations in the educational program of the institution”.

The ombudsman for children in RT was given the task to understand the situation. And the director of the gymnasium told that the boy had invented the whole story in order to impress a classmate with whom he was unrequitedly in love.

Psychologists of the Institute of Psychology and Education KFU tried to answer questions, what are the reasons for this behavior of a teenager and what should pay attention of parents and teachers first of all.

Lilia Fakhrutdinova, a professor at the Department of General Psychology at IPO KFU, advises not to rush to label those responsible.

- I would answer the question of who is guilty, that, most likely, the responsibility lies with parents, and at school, and at a society in which it became possible to come to school with weapons and target living people, classmates, at your teacher. I believe that there are some systemic characteristics for society. For example, the glorification of personalities violating the law, shooting policemen, people. Children learn this form of behavior in computer games.

If you notice signs of maladjustment, teachers' complaints about behavior or the child often became incomprehensible when and where to go, come earlier, problems with peers, teachers or at home, the child became nervous, unsociable, withdrawn, often crying, reduced or vice versa excited state - it is obvious obvious signs that you need to seek help from a psychologist.

If parents and teachers had noticed serious changes in the behavior of a teenager in the school or home environment (were cheerful and sociable, and became withdrawn, aggressive and secretive), then the story would not have taken so much dramatic turn.

This problem is also related to the fact that in society itself there is indifference to each other and there is no social responsibility.

In my opinion, the civil liability of both society as a whole and each of us must be formed. Remember the childhood: earlier, when the boy hurt a girl, any adult passing by said: it is not good for a man to hurt a girl, apologize, help her. Not only the school, not only the parents, but the whole society brought up.

I would like people to understand that it depends only on us today, in which we will live a society tomorrow: where they are shot, where they go with weapons to school, or where people help each other, where morality and morality reigns, where kindness and humanity are important components of our lives.

Associate Professor of the Department of Pedagogical Psychology of the IPO KFU Anatoly Nekhoroshkov hi statistics.

- According to PISA (Program for International Student Assessment - an international study initiated by the Organization for Economic Cooperation and Development), ahead of the rest of the world in terms of absenteeism and insulting teachers, vandalism is not Russia, but Sweden. The Czech psychiatrist Eberhard writes about this in his book “Children in power: the monstrous fruits of liberal education”.

The liberal trend is to become friends with your children. Yes, indeed, parents should be friends, but you should not forget that you are a senior friend! And we, tired of work, let the children sit until midnight with a computer, watch TV. We are ready to fulfill their every whim, so that they do not create additional problems and gestures for us.

This guy of this age, when you want to declare yourself: I am a man, I am strong, I will come with a gun. Such aspirations are realized in the West through the Boy Scout organization, which in our country was formerly called pioneering. After all, boy scouts are the same pioneers only in blue ties and without political information. Remove political information, restore the pioneer organization called boy scouts - and the desire for adventure, romanticism among schoolchildren and teenagers will be filled.

The second point: in Western schools there is a priest who talks with adolescents on the topics of morality, what is good and evil, what is good and what is bad. He does not impose his religion: such conversations are conducted by priests of different denominations. Here you have the moral education that is absent today in our schools.

And the third component that influences the psychological environment is a powerful figure of a psychologist at school.

Unfortunately, the situation now is that there are not enough psychologists in schools. But the number of children in need of help is catastrophic.

According to the St. Petersburg Research Psychoneurological Institute. V.M. Bekhtereva, in the regions of Russia, regions from 2 to 40 percent of adolescent schoolchildren are in a borderline state. That is, from 6 to 12 people in a class of 30 people - neurotic, accented, autistic children who are already unwell, but not yet sick, and who simply need the help of a psychologist. And in the present conditions, when the number of psychologist’s rates at school is either reduced at all, or the rate is taken by a subject who does not possess the full amount of information, knowledge and skills that we give in IPO to our psychology students, who have 4 years of bachelor’s and 2 magistracy What kind of help can we talk about?

According to the associate professor, when the factors coincide: adolescence, a factor of economic difficulties, the child is in the zone of border health, a dysfunctional environment in which he has fallen, unhappy love - then we get such a case.

Such behavior is the result of the peculiarities of the psyche and the conditions of conflict with the class, which has not been resolved chronically for a long time and has accumulated, according to Ramil Garifullin, associate professor of the department of preschool and primary education, IPO KFU.

- It is typical for modern schoolchildren to have increased anxiety, due to the fact that they suffer from different addictions (dependencies), they have a low will to overcome social problems, they prefer to spend more time in the virtual space.

The class is not just a party for the learning process. It should create conditions for dialogue between students. The teacher must see if the students help each other, whether they empathize. And not formally, and for the sake of a tick, namely, so that they have the value of coming to the class, getting the joy of communication and self-expression in this group.

Modern society has fallen into a situation of stagnation, in which many values ​​are distorted, including education and labor. Sometimes in schools and other educational institutions they study only for the sake of grades and diplomas, and not for the sake of a big goal - the development and the acquisition of a profession.

In addition, schoolchildren are also brought up by adults themselves, who are very contradictory and cannot be a basis for an example. In this situation, the children do not know what to rely on and count on. From here there is a hopelessness - to whom to trust? Pupils reason like this: “If grown-up uncles and aunts are at an impasse, what do they demand from us?“.

Therefore, each parent must ask himself: “Will my child turn to me for help? How much does he trust me to tell about his misfortune? “And believe me, there will be few such parents.

A parent must be friends with his child and know how he feels. Valuable are those relationships where a child shares his experiences with pleasure. This is what we need to work on.