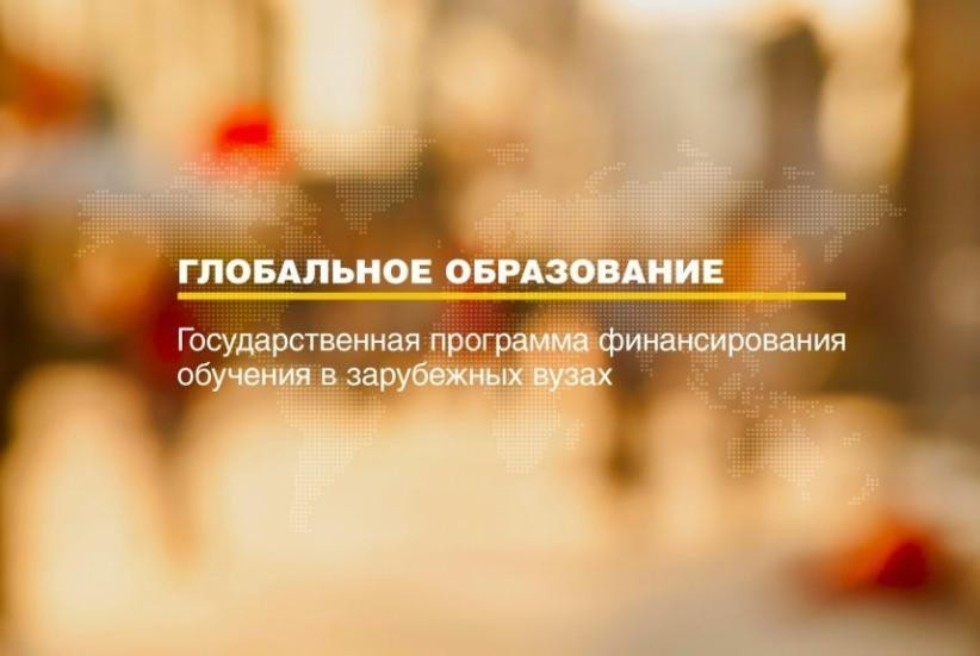 Kazan Federal University is one of the three leading universities in terms of the number of employed participants in the Global Education program.

13 out of 333 participants in the program chose a Tatarstan university for three-year mandatory work in the Russian Federation after studying at foreign universities at public expense.
- No matter how beautifully the training system within the country was arranged, without integration into the world community, its development is unthinkable. To date, KFU graduates (13 people) who have received grants under the Global Education program occupy the third place among Russian universities in terms of numbers. 80% of the grantees went to graduate programs, and 20% to graduate programs, ”said Anna Getmanskaya, head of the Global Education program at SKOLKOVO business school. - Thanks to the program, participants get the opportunity to find jobs in leading educational institutions, research centers, resident companies of technology parks, Russian companies, while having the opportunity to choose an organization from the list approved throughout the country. More than 30 people participating in the program work in Tatarstan.
It is noted that Tatarstan has taken a leading position (excluding Moscow) among the Russian regions in terms of the number of people employed.
“KFU is doing effective work to integrate young researchers into Russian educational science,” explained Aidar Kalimullin, director of the Institute of Psychology and Education of Kazan Federal University. - In 2019, our institute was awarded the Global Education program for its involvement and active participation as an employer of the program. Four graduates of the Global Education program (University of Southampton, Queen's University of Belfast, King's College of London) joined our team. All of them are trying to bring to the Russian education and science everything new and useful for our country, which gave them the opportunity to grow professionally, studying at the best universities in the world.
One of the participants in the Global Education program, researcher at the Center for Pedagogical Research at the Institute of Psychology and Education of Kazan Federal University Daria Hanolainen, who graduated in 2016 with honors from the Master's program in Education Management at King's College London and spent three years at the Institute of Psychology and Education, received a grant for training and work at the University of Jyväskylä, one of the leading educational centers in Finland and Europe. The director of IPO KFU is sure that Daria has a good scientific future ahead, predicted already from the first steps of this young talented researcher.
“The Global Education Program has, without exaggeration, opened many doors for me. Studying at the Royal College of London with the support of the program, I planned to start a scientific career right after returning to Russia. There was a few suggestions from Russian universities, but I'm glad that I was invited and I chose it at KFU, because here I had unique opportunities for implementing bold scientific ideas, and my competencies are really appreciated in the team, ”Daria shared.

- Now Russian science is focused on active integration into the global scientific community. I think that just specialists who have received education or work experience in the best universities in the world can accelerate the process of internationalization of Russian scientific and educational institutions.

Currently, 708 Russians have already become participants, most of them are still studying at foreign universities, 335 are already employed. In June this year, an additional set of participants was announced; more than 40 applicants will be able to receive education abroad.

The Global Education Program is a state-funded program for studying abroad for Russian citizens who have entered one of the leading foreign universities. The program is aimed at preserving and enhancing scientific, pedagogical, medical and engineering personnel, managerial personnel in the social sphere, as well as supporting Russian citizens who have independently entered leading foreign educational organizations, and their subsequent employment.

The program allows citizens of the Russian Federation to study in master's, postgraduate (PhD) and residency programs in 5 priority areas at 288 leading universities in 32 countries of the world with their subsequent employment in an organization registered in the Russian Federation, in accordance with the qualifications received.

Keywords: KFU entered the top 3 list of employers of the program 'Global Education'

1
Education Science Leadership Competitions Student Life International Culture Sports Cooperation News of the reception
Other news and announcements
Assessment of language acquisition by bilingual Russian-Italian children
Research shows how digitization influences performance of preschoolers
Student of the Year at Kazan Federal University 2020
Submit your abstract to take part in IFTE 2021
Psychological factors contributing to language learning
Psychologist Ildar Abitov on superstitions in different circumstances
Cubicles for online teaching now available to educators
Mari and Karelian respondents give insight into necessary improvements of local language and culture education
Freshman Day Gala held amid attendance restrictions
The KFU Institute of Psychology and Education launched a master's course in counseling psychology
Researchers from Institute of Psychology and Education KFU published an article in Q2 journal
Online-project supported by the Russian President grant initiative
Mustafá Unus, a partner of Institute of Psychology and Education of KFU, became the president of WERA
KFU was ranked high among educational institutions that use digital resources
The article on the results of VI International Forum on Teacher Education was published in bulletin of International association ISATT
The extracurricular activities programme for the polylingual school Adymnar was developed by KFU educators from the Institute of Psychology and Education
A chapter written by the professor of Institute of Psychology and Education KFU will be published in the American journal
Women more prone to depression in countries with low gender equality rankings
TEPE Conference 2020 (University of Helsinki, Finland)
KFU journal 'Education and Self-Development' was included in the fourth quartile of Scopus database
A series of public lectures on new didactics is taking place at KFU
Âőîä â ëč÷íűé ęŕáčíĺň
Çŕáűëč ďŕđîëü? Đĺăčńňđŕöč˙