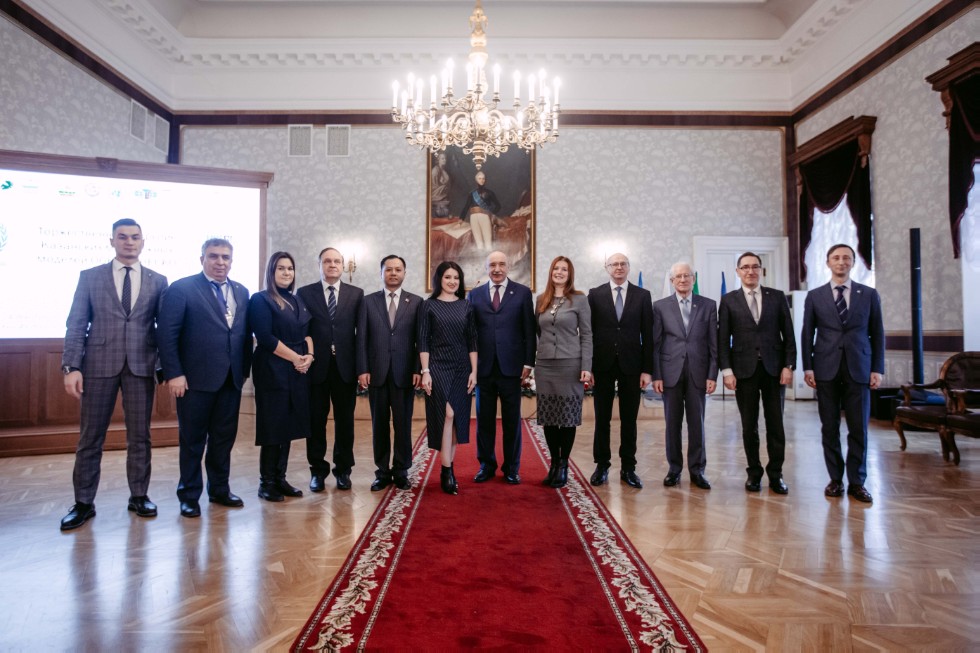 Model UN and Model UNESCO are co-hosted by the Institute of International Relations and by the Faculty of Law and supported by the Revival Foundation of Tatarstan, United Nations Association of Russia, MGIMO University, and Presidential Grants Foundation.

“Kazan University pays special attention to international relations – from educational programs to analytical centers – and uses a huge array of resources and educational methodologies for that. This time, it’s the third instance when we are welcome UN and UNESCO models,” said Dr. Gafurov. He also mentioned the ongoing Astronomy and World Heritage forum.

The participants were also welcomed by Farida Gafarova (Project Coordinator of the United Nations Association of Russia), Olesya Baltusova (Aide to the President of Tatarstan), Wu Yingqin (Consul General of the People’s Republic of China in Kazan), Andrey Yershov (Honorary Consul of France in Kazan), Yelena Ageeva (Deputy Chairperson of the Chamber of Commerce of Tatarstan), Yelena Moskvichyova (Secretary General of Model UN in Kazan), and Rushana Asadullina (Director-General of Model UNESCO in Kazan).

Each of the models will comprise three committees. For Model UN, it’s the General Assembly (discussion will touch on cybersecurity), the Security Council (armaments), and the International Court (a mock trial of transnational chemical terrorism). As for Model UNESCO, there are the General Conference (questions of peace and sustainable development), the International Council on Monuments and Sites (preservation on humanitarian values in conflict zones), and the International Institute for Educational Planning (inclusive education for sustainable development).