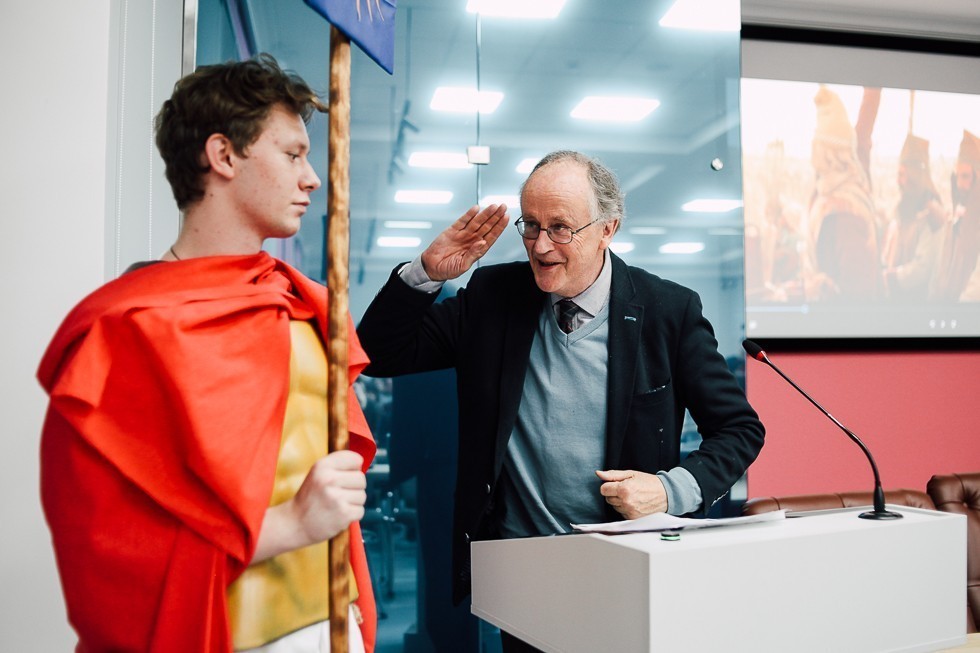 The festival celebrates Emperor Alexander I, founder of Kazan University, and many other Alexanders who have played an important role in its history.

Although being the inaugural iteration, the fest is very ambitious and will take up two weeks, from 18th November to 3rd December. Among the famous people commemorated here are Alexander Pushkin, Alexander the Great, Alexander Griboyedov, Alexander von Humboldt, and others.

The first three days, 18th to 20th November, are specifically dedicated to Alexander the Great. This year marks the 2,375th anniversary of his birth and the 70th anniversary of the founding of Ancient Macedonian studies at KFU. The first steps were made by Professor Arkady Shofman (1913 -1993).

This part of the fest includes quizzes, quests, theater performances, and public lectures by Corresponding Member of the Russian Academy of Sciences Askold Ivanchik and Emeritus Fellow of New College, Oxford Lane Fox.

The next week will be marked by the unveiling of Alexander the Great’s bust and a small exhibition at the History Museum. Professor Janet Hartley, London School of Economics, will present a lecture about Emperor Alexander I’s visits to Britain.

A number of events will commemorate Alexander Pushkin, and a national English dictation will touch on his life.

Alexander Griboyedov’s life will be featured through the prism of his diplomatic career at the School of Young Researchers of International Relations.