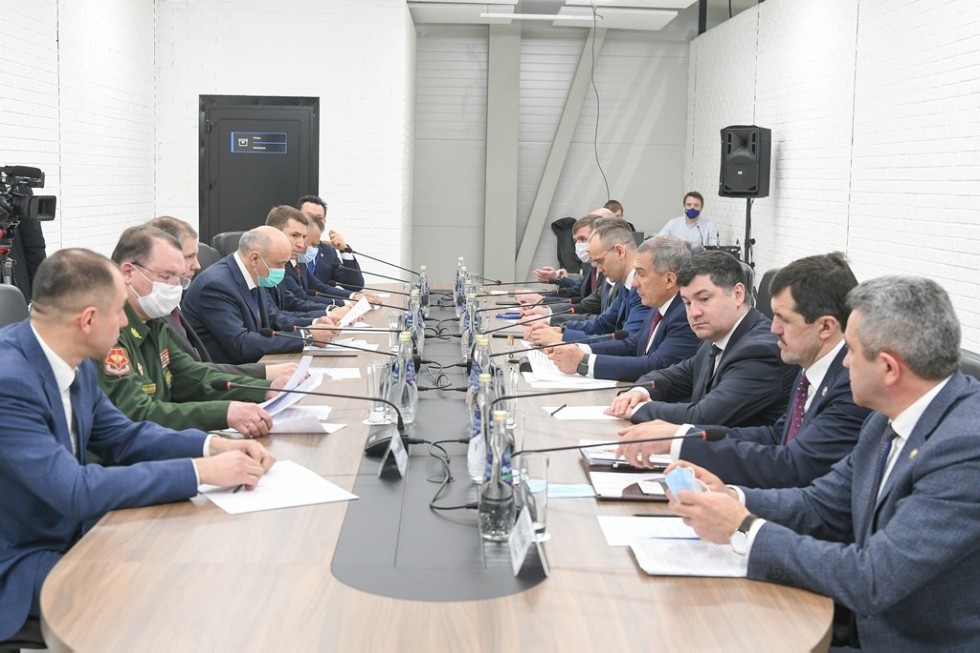 Alabuga Polytech, a new vocational training facility, was unveiled on April 5 at Alabuga Special Economic Zone (SEZA) in the east of Tatarstan.

On April 5, President of Tatarstan Rustam Minnikhanov arrived on site to conduct a meeting on developing SEZ Alabuga’s personnel training capabilities. He was joined by First Deputy Minister of Enlightenment of Russia Dmitry Glushko, General Director of WorldSkills Russia Robert Urazov, and other officials, including Rector Ilshat Gafurov.

In his proposal, Dr. Gafurov mentioned, “Many vocational school graduates move to other cities, provinces, or countries to enroll in universities, and we can hardly expect them to return home – large cities are magnets to young people. That’s why there is a goal to build a linear educational infrastructure – secondary school, House of Scientific Collaboration [a special extracurricular facility for secondary schoolers at the Yelabuga Institute – editor’s note], a vocational school, and a higher school.”

Yelabuga Institute, apart from being a notable center for teacher education, has also been offering several STEM programs, including Applied Informatics and Transportation Technology.

“The Institute has all the capacities for vocational students to start special programs while they are still studying and then to smoothly transition to the higher school. Concurrently, they are in constant touch with the employers at SEZA. This was an objective put forth by SEZA management and supported by the President of Tatarstan. Jointly, we can reach that,” opined the Rector.

President Minnikhanov reminded that staff training is a priority for the Republic at this point. It’s important to streamline all the processes along the cooperation lines of education, internship, and subsequent recruitment.