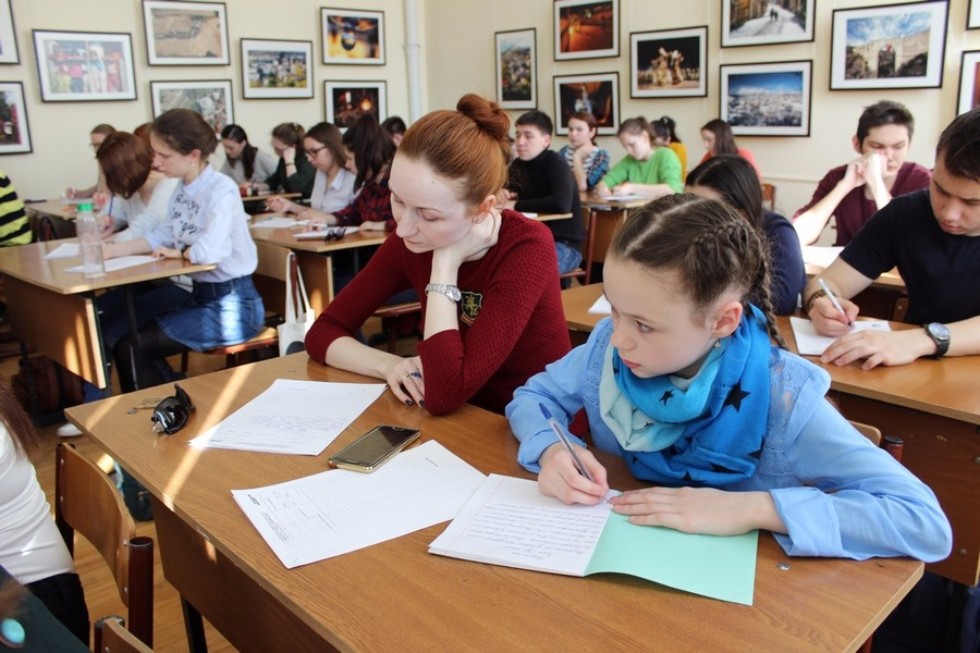 Pupils, students, teachers and residents of the town tested own skills by joining the international educational action.

The coordinators - Rashida Tirigulova (Associate Professor of Russian language and Literature Department) and Elena Morozova (the Chairman of the Russian national cultural society of the Yelabuga district) have invested a lot of effort into the organization of the event. This year the dictation was in the main building of Elabuga Institute of Kazan Federal University and the building of Engineering and Technology Faculty.

The innovation of this year is the opening of a special site for foreign citizens who know Russian language, love it and want to improve own skills.

“The passage about Ulan-Ude was full of geographical names. Selenga, Baikal, Verkhneudinsk. All these words are heard and should be familiar to the audience”, Raisa Eyubova said, the chairman of the expert committee. However, according to experts, the new version of dictation is easier than last year one. It has less spelling and punctuation difficulties. The dictation lasted about an hour.

The experts were instructors of Elabuga Institute of KFU and teachers of the town schools. The examiners noted that - in comparison with last year - almost everyone participant used real name and surname. Another positive thing is no one refused to hand in the work. The top mistakes are incorrect spelling of words with an unstressed root vowel, as well as mistakes in writing "n" and "nn" in the suffixes of adjectives and participles.

After a three-hour check, only four works had the highest mark. 62 participants of Total Dictation had "good" mark. More than 30 % of participants exceeded the limit of mistakes.

Each participant of Total Dictation will be able to find out own result on the website of the action, using the code word, which indicated in the title of the sheet. The data will be entered into the system by 12 April.