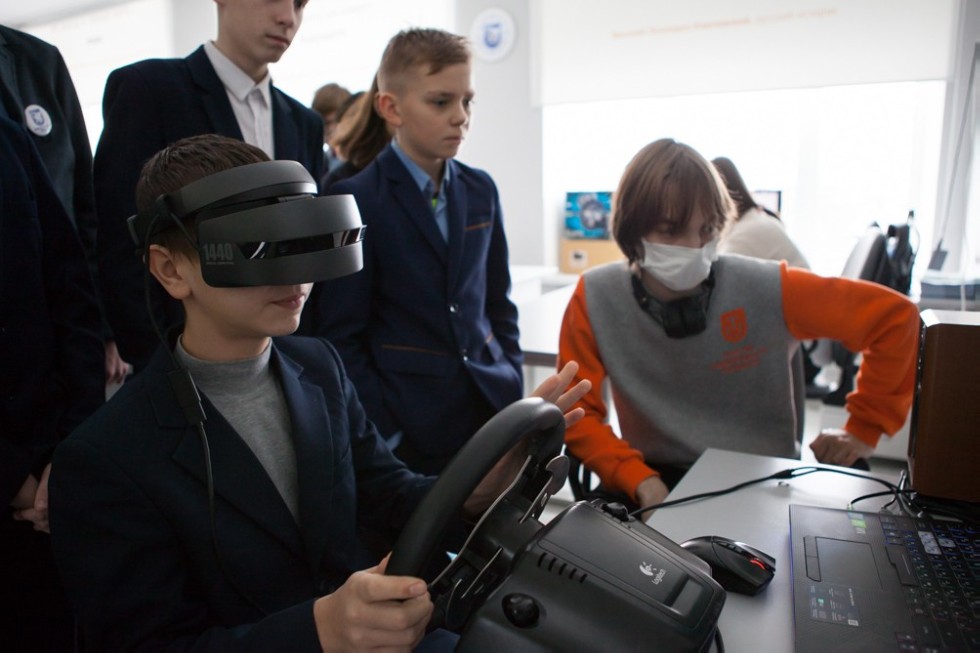 Popular science lectures of scientists started at the university, "Universitetskaya" school and polylingual complex "Adymnar". In terms of the Year of Science and Technology, representatives of the scientific community delivered popular science lectures at schools and talked about the importance of science and its impact on the future. The scientific staff of lecturers consists of more than 150 perspective, progressive and successful researchers, among whom are scientists of Kazan Federal University. Popular science lectures in Elabuga were held at three sites: Elabuga Institute, "University" school and polylingual educational complex "Adymnar-Alabuga". KFU scientists became speakers and moderators of popular science lectures of the events: "VR and AR in Education and Industry", "Geography and Cartography, Modern Directions of Research", "Creating and Developing Your Own Business", "Economics for Generation Z", "What Is Behind the Almighty Artificial Intelligence?", "Art Insight", "The Scientific feat of N.I. Lobachevsky", "Historical Science Today - the Unknown about the Known". The university also held interactive sessions with young scientists and master classes for students and teachers. All-Russian lecture hall "Scientists in school" is held by the Ministry of Science and Higher Education of Russia together with the Russian Academy of Sciences, the Russian Union of Rectors.