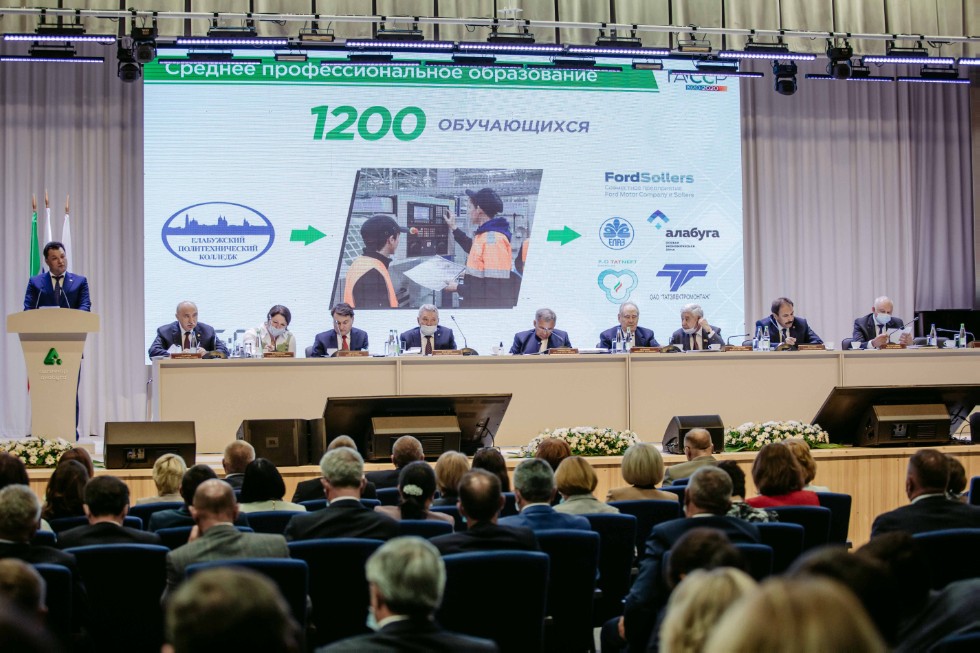 In his opening speech, President Minnikhanov proclaimed that education is one of the priorities for the provincial government and that young people have many ways to uncover their potential here.

Mr. Shaimiev talked about the multilingual school project currently under implementation in Tatarstan. Six schools have been opened so far, and more are on the way. Kazan Federal University serves as the central institution preparing teachers for those schools, and there are already 265 people enrolled in teacher education programs with that purpose. 150 more should be admitted this year.

In conclusion, Rustam Minnikhanov gave away state awards to prominent educators. One of them was KFU Professor Makarim Nafikov (Department of Biomedical Engineering) – he received the title of the Distinguished Worker of Science of the Republic of Tatarstan.