'University as a center of event tourism' is presented in Turkey 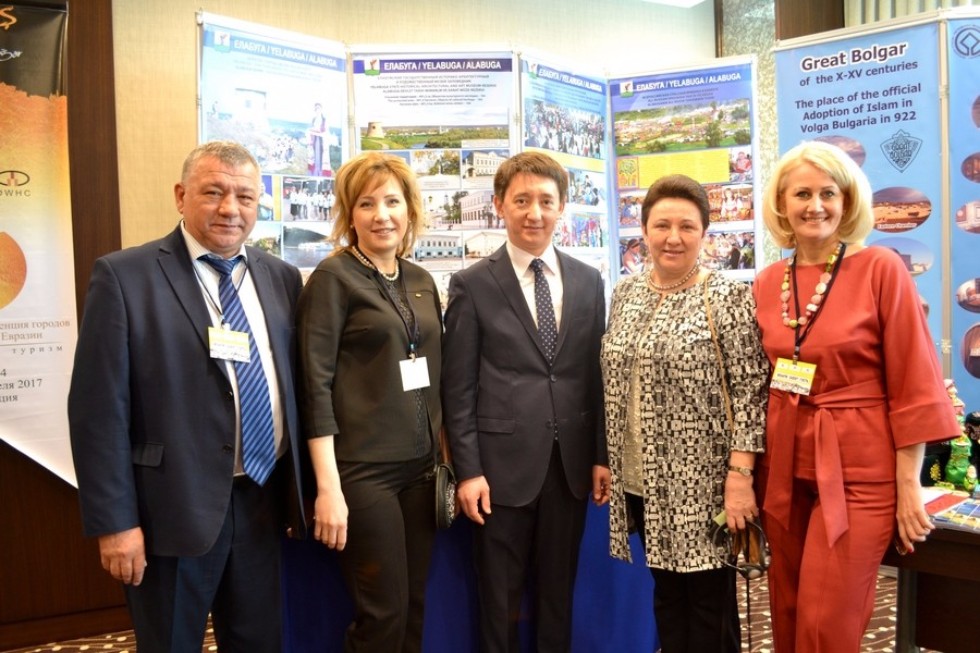 The projects which have become points of attraction of the international scientific and pedagogical community were presented in Safranbolu by the director of Elabuga institute of KFU. Elena Merzon's speech was made at a plenary session of the VIII International conference of the Eurasia World heritage cities "Heritage, children and tourism" which has taken place in Turkey.

The director of Elabuga institute of KFU Elena Merzon has made a visit as a member of delegation from Elabuga – the twin-city of Safranbolu. The Turkish "Saffron city", with its amazing architecture, contains 100 objects of cultural heritage and serves as the platform for actions of national and international level.

On the 23rd of April Turkey celebrates significant and touching holiday – Day of children. At the ceremonial opening of the VIII International conference of the Eurasia World heritage cities "Heritage, children and tourism" the mayor of Safranbolu Nezhdet Aqsa has warmly greeted all participants of the event. Denie Ricar, general secretary of the Organization of the World heritage cities, has noted that one of the main tasks is to teach children to treat historical and cultural heritage deliberately, to protect and preserve it.

During her speech in a plenary part of the meeting, Elena Merzon has told about history of creation of Elabuga institute of KFU and its modern projects that have become a reason for a pilgrimage of scientists and teachers of the whole planet. In ūůÍ report "University as the center of event tourism" Elena Efimovna has emphasized that the mission of Elabuga institute is preparing of a teacher, a mentor of children, for the changing world. Today multilevel innovative programs are implemented in the higher education institution, it is the leader in development of methods of training of teachers for the country and the republic.

Inviting teachers to the International festival of school teachers, Elena Efimovna has characterized it as an innovative platform of experience exchange of the effective educational organizations. Annually experts from the USA, Germany, Israel, Singapore, Holland, Hungary, Poland, Bulgaria and other countries become moderators of master classes. This year the festival will take place from August 7 to August 10.

Yelabuga became the last residence city of the greatest poet of the 20th century Marina Tsvetaeva. Since 2002 admirers and researchers of Marina Ivanovna's creative work come to the International Tsvetayeva's readings which the institute organizes together with the Elabuga state historical museum. A new meeting with the literary heritage will take place on September 4-8, 2018.

Great interest of audience was attracted by the project of KFU "Children's University", in which interactive popular scientific lectures are given by professors and leading teachers of higher education institution. During the lectures and master classes venerable scientists reveal secrets of archeology, mathematics, chemistry, physics, astronomy, law and other disciplines to inquisitive why-askers.

The conference was special as the non-material cultural heritage of their cities was represented by children. For example, more than 1600 children from 2 to 14 years from 150 Eurasian cities have participated in a competition of drawings. The school student from Elabuga became one of the winners of this competition.

It should be noted that the management of Elabuga institute of KFU established long-lasting communication with Safranbolu: in 2013 the agreement to the academic cooperation with Karabyuk university was signed. Both teachers, and students of higher education institutions participate in joint projects; meetings take place within the International Turkic conference, Stakheev's readings, the Festival of school teachers. The conference in Safranbolu at which projects of Elabuga institute of KFU have been declared will broaden spheres of interaction and will give a new impulse to development of the international cooperation.