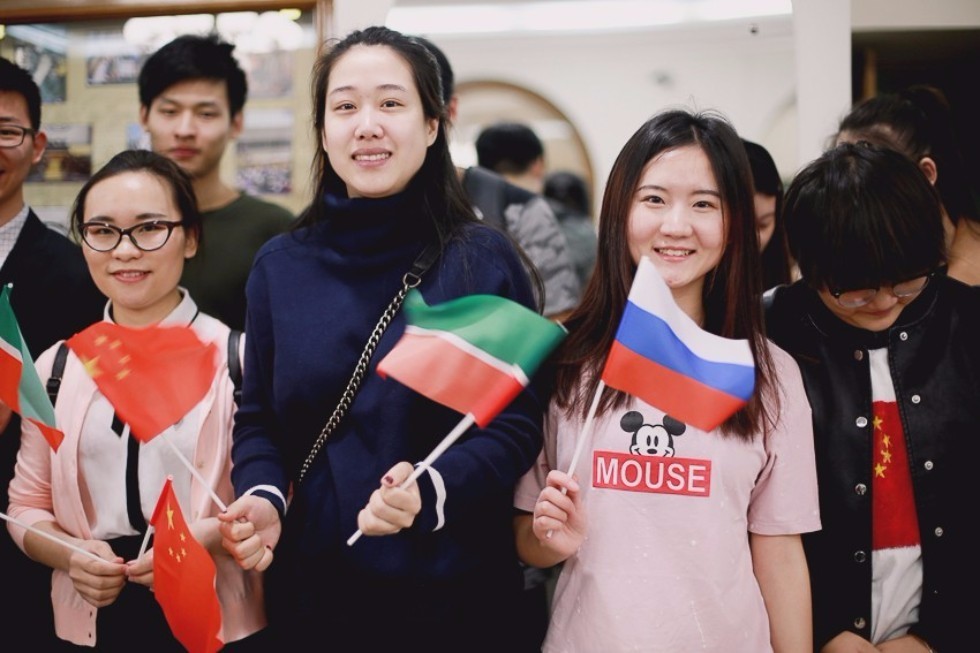 The arriving team was headed by Head of the International Office of the CC CPC Song Tao.

This meeting was a part of the Inter-Party Dialog Forum «United Russia – Communist Party of China». The forum is focusing on the Eurasian Economic Union and the One Belt One Road Initiative.

At the KFU Main Building the guests were met by dozens of enthusiastic Chinese students (the University currently hosts 640 of them). The visitors proceeded to the Museum of History, the Emperor's Hall, and the Lenin Memorial Classroom.

Vice-Rectors Dmitry Tayursky and Linar Latypov then presented the University's cooperation with China. One of the biggest projects is the KFU-Haier Study Center at Naberezhnye Chelny Institute. The Center is equipped with the latest models of conditioning units and trains professionals in the relevant engineering technology. Haier representatives have visited KFU several times to sum up the results and make further arrangements.

The University has ongoing relations with 16 Chinese universities. The student exchange is in its best shape, with hundreds of people moving in both directions each year – and the interest is still growing. As Vice-Rector Latypov quipped, maybe it's easier for Chinese students to adapt because Tatar culture has some similarities with Chinese culture.

Chinese language has long been the most popular major in the “Linguistics and Translation Studies” group. The KFU Confucius Institute is one of the primary drivers of education and cultural exchange, and it will be celebrating its 10th anniversary in April 2017.

The two sides now plan to make use of the established links.

Фотография из материала: Delegation from the Central Committee of the Communist Party of China Made a Visit