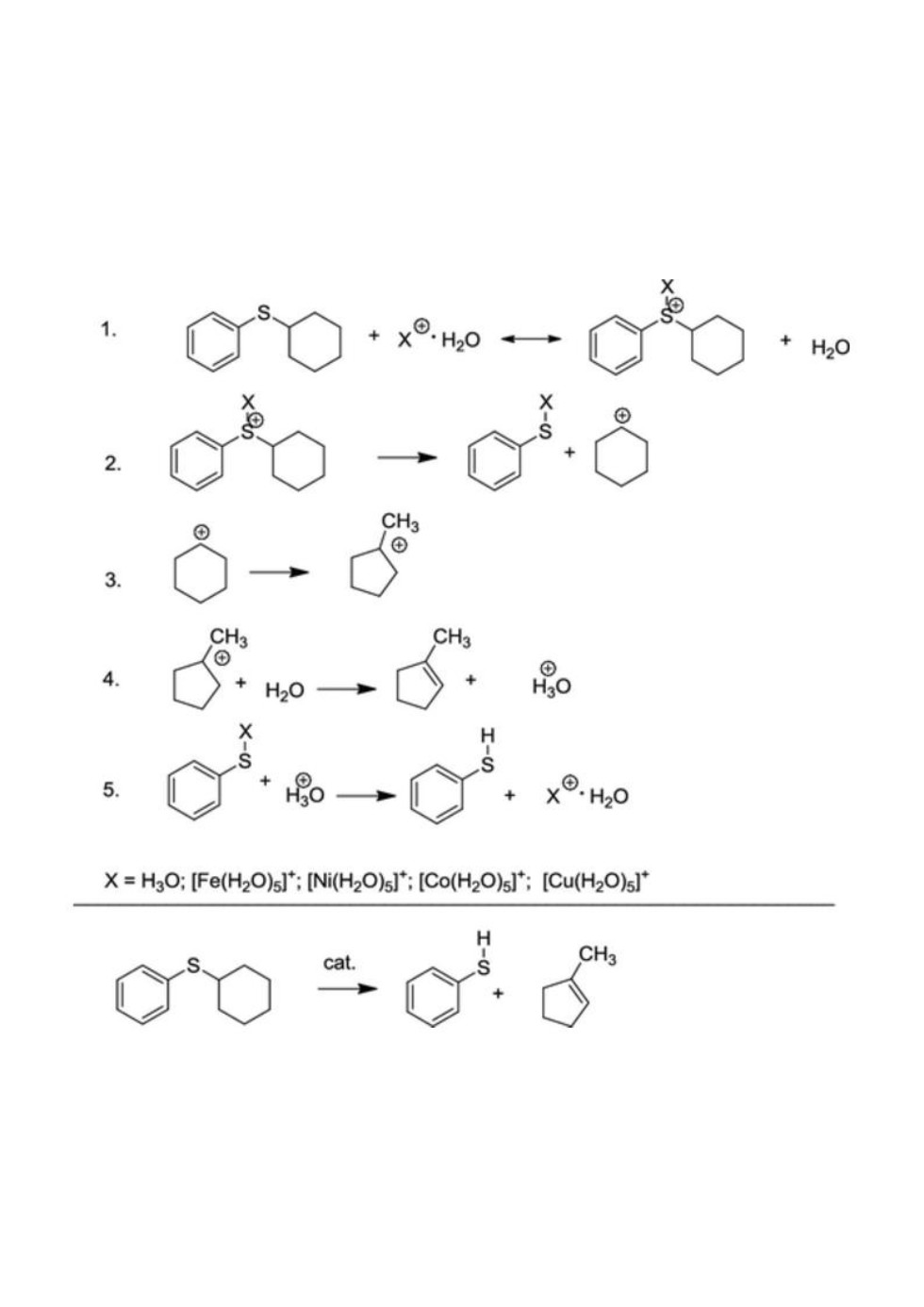 Scheme: General Representation of the Reaction Steps Involved in the Heterolytic Mechanism of Catalytic Cleavage of C–S Bonds in CPS and a Scheme of the Total Reaction

“This particular work not only gives information about stimulating aquathermolysis in the process of steam injection, but also is a theoretical insight into chemical reactions taking places in oil reservoirs under high temperatures,” says co-author Yuan Chengdong, Senior Research Associate of the Rheological and Thermochemical Research Lab.

So far, the KFU team has proven copper compounds are the most effective in producing catalysts for heavy oil extraction.

“To that end, we took a model component of a certain type of petroleum and modeled its decomposition into simpler components with the use of different catalysts. We have created a table of catalyst effectiveness, where copper is currently the best, followed by cobalt and nickel,” says Head of Petroleum Research, Chair of the Department of Heavy Hydrocarbons Mikhail Varfolomeev.

The work used methods of quantum chemistry, which required joint efforts from geologists, chemists, and mathematicians.

In this paper, cyclohexyl phenyl sulfide (CPS) was selected as a model compound of sulfur-containing oil components, and, for the first time, a catalytic effect of transition metals on the thermochemistry and kinetics of its aquathermolysis was investigated by the density functional theory (DFT) methods with the use of the Becke three-parameter Lee–Yang–Parr (B3LYP), ωB97X-D, and M06-2X functionals. Calculation results show that the hydrolysis of CPS is characterized by fairly high energy barriers in comparison with other possible reaction routes leading to the cleavage of C–S bonds, while the heterolysis of C–S bonds in the presence of protons has a substantially lower kinetic barrier. According to the theoretical analysis, transition-metal ions significantly reduce the kinetic barrier of heterolysis. The Cu2+ ion outperforms the other investigated metal ions and the hydrogen ion in the calculated rate constant by 5–6 (depending on the metal) and 7 orders of magnitude, respectively. The catalytic activity of the investigated transition-metal ions is arranged in the following sequence, depending on the used DFT functional: Cu2+ ≫ Co2+ ≈ Ni2+ > Fe2+. It is theoretically confirmed that transition-metal ions, especially Cu2+, can serve as effective catalysts in aquathermolysis reactions. The proposed quantum-chemical approach for studying the catalytic aquathermolysis provides a new supplementary theoretical tool that can be used in the development of catalysts for different chemical transformations of heavy oil components in reservoirs due to hydrothermal treatment.

Theoretical Insights into the Catalytic Effect of Transition-Metal Ions on the Aquathermal Degradation of Sulfur-Containing Heavy Oil: A DFT Study of Cyclohexyl Phenyl Sulfide Cleavage