General physics department is one of the oldest in Kazan state university. Its first head was Nikolai Lobachevsky, great Russian mathematician and geometer, renowned primarily for his pioneering works on hyperbolic geometry, otherwise known as Lobachevskian geometry. 6 full professors, 12 associate professors, 8 instructors and 15 more people are working at the department today. 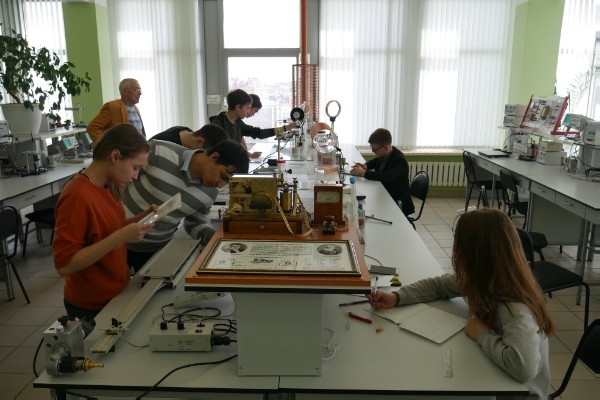 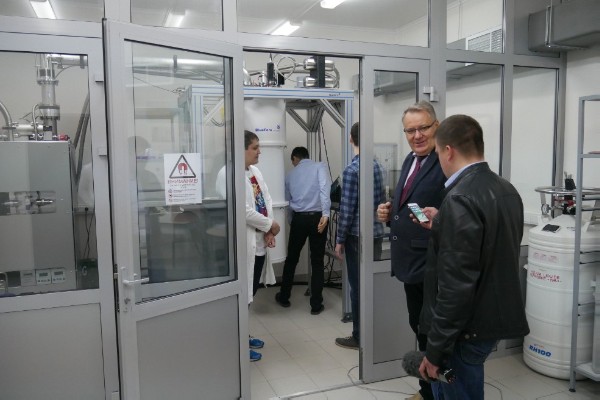 Department of General Physics is one of the general educational. It provides teaching the course of general physics for full-time students of the Institute of Physics and students of nonphysical specialties of KFU, as well as teaching the course "Concepts of Modern Natural Science" on the humanitarian directions of KFU and a number of special courses at other departments of the Institute of Physics.

The department has lecture rooms for streaming lectures using multimedia equipment, as well as a demonstration room with a unique collection of experiments in physics. In 2011, under the Development Program of KFU, they completely re-equipped with modern equipment from the Leybold Didactic (LD) GmbH (Germany) laboratories of the Mechanics laboratory, Molecular Physics and Thermodynamics, Electricity and Magnetism, Optics and a demonstration equipment park.

PhD students are trained in the following specialties:

The Department of General Physics works together with foreign partners:

ISMANS (Le Mans, France) - Higher School of Mechanics and Materials Science, is a consortium of engineering schools, scientific research laboratories in the field of science and management, and a high-tech company working together to train potential scientists and engineers of the 21st century.

RIKEN (Wako, Japan) - Institute of Physical and Chemical Research, is a major research center in Japan.

Wihuri Physical Laboratory (Turku, Finland) - at the University of Turku on March 14, 1957, the Vihuri Laboratory was established to conduct fundamental research, in particular, in the field of low-temperature atomic physics.

At the Department of General Physics there is a scientific and methodical seminar, where the original results of scientific research of teachers and postgraduate students of the department, reports at Russian and international scientific conferences, the results of candidate and doctoral dissertations, as well as the results of methodological research and development in the field of problems of higher education are discussed.

Teachers of the department work on the scientific and educational program "Physics for All", which includes educational popular science lectures on the main sections of physics within the school curriculum, accompanied by unique physical demonstrations. The main goal of these classes is to increase students' interest in physics, broaden their horizons and increase their level of knowledge, get acquainted with various scientific directions and help in choosing further education, which is important not only for future physicists, but also for future engineers, chemists, biologists, doctors , specialists in the field of information technology, etc.

At the Department of General Physics, career guidance is provided to creative students of secondary general education schools in the Republic of Tatarstan and neighboring regions, winners and prize-winners of various Olympiads.

The Department of General Physics carries out the work of student scientific circles in which students are offered on a par with students of the Institute of Physics, get acquainted with modern methods of experimental and theoretical physics, and participate in experiments on the most advanced scientific equipment.

Highly qualified specialists of the Department of General Physics participate in the organization of olympiads of various levels for schoolchildren, scientific and methodological seminars on the basis of the Institute of Physics for teachers of physics and astronomy, they are members of the expert commission of the Unified State Exam on Physics of the Republic of Tatarstan, they are working at the courses of raising the qualifications of teachers of the Republic of Tatarstan.